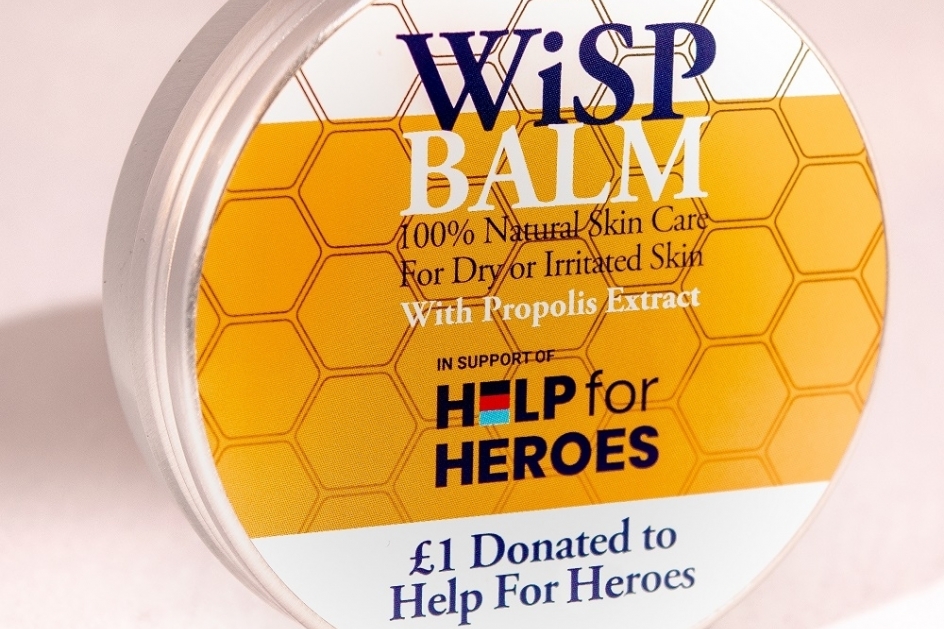 The story began when John Geden, Army veteran turned beekeeper, met injured veterans at the Help For Heroes recovery centre at Tidworth, Wiltshire. He realised that the answer to their discomfort from wearing prosthetic limbs lay within his beehives. Beeswax, honey and propolis (described as one of nature’s most effective defence systems) could be made into a 100% natural skin balm to alleviate soreness and accelerate cell growth. John set about making a few batches and giving them to some of his former colleagues.

When he was introduced to Debbie Mulkern, qualified aromatherapist and trained natural perfumier based in the New Forest, the pair realised that they shared similar knowledge and enthusiasms and together could become a driving force to help charitable causes. They formed WiSP Care Products, placing social responsibility at its heart and then building the business around making profits for charity. The name for the product is based on an abbreviation used by the military to describe ‘Wounded, Injured and Sick’ Personnel.

The basic premise is to use ingredients from John’s beehives to create a balm that soothes and helps to heal damaged skin, not just for wounded servicemen and women, but for everyone. This increased market will also allow John and Debbie to donate a third of the profits (and at least £1 per item) to Help for Heroes – which is where it all started

John Geden says: “It doesn’t stop there. Debbie and I have realised that if we can help one charity, we can help others. We have already started working on a range of products that help different charities. Our aim over the next three to five years is to produce other natural cosmetic products with ingredients sourced directly from the beehive, each unique and supporting a different charity.”

Tracy Nash, Commercial Manager, Hampshire Fare, adds: “We are delighted to welcome John Geden onto our Hampshire Fare stand at the New Forest Show where he will be talking about the new balm and the story behind it between 10-11am each day. It really is a product with compassion and purpose, and we are delighted to support him and Debbie in launching this propolis-rich balm.” 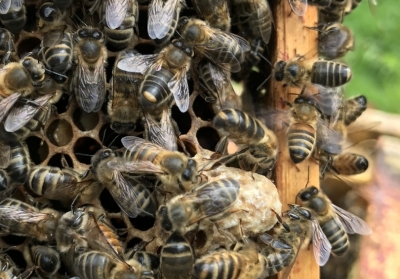