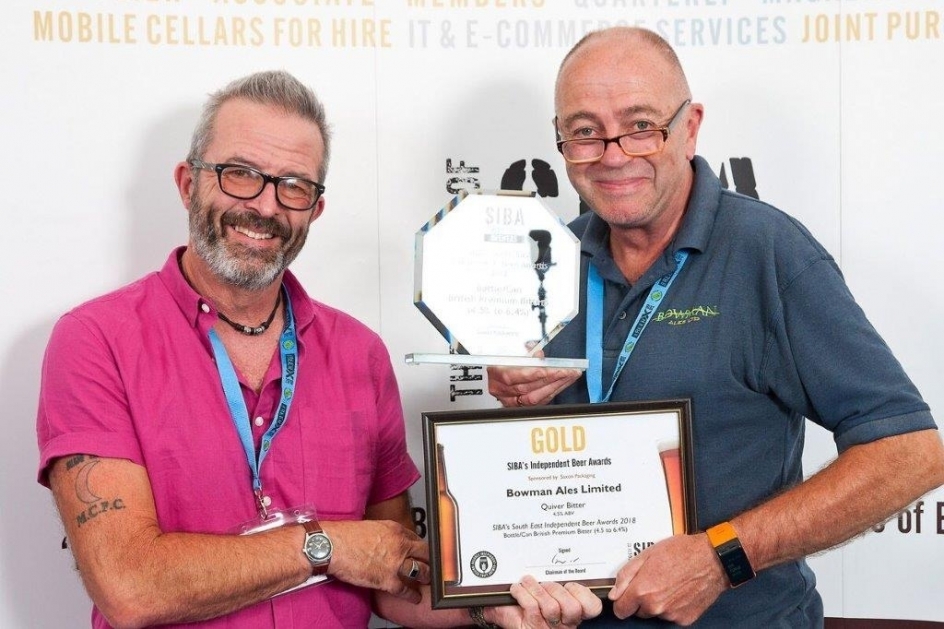 The brewery received Gold in the Bottle/Can British Premium Bitter for their Quiver Bitter and Bronze in the Cask British Dark Beers category with their Meon Valley Bitter.

Martin Roberts, Director of Bowman Ales, commented on the success: “We are delighted to have received awards for two of our beers. We know we produce some of the finest beer around and it is always a good feeling to have that confirmed by a panel of experts.”