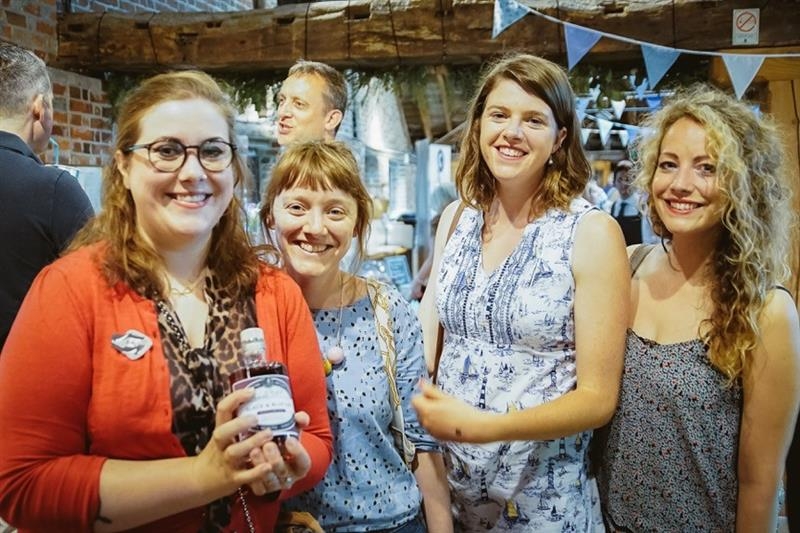 On Saturday 10 June 2017, the Ginchester Fête returns to Winchester, the South of England’s “Capital of Gin”. This year, the event takes place at the breathtaking Great Hall, which houses the legendary King Arthur’s Round Table. Stall holders will be entertaining visitors with games to create a quirky, quintessentially English summer fête; all with a gin theme!

Tickets are priced at £10 per person and include entry to one of two sessions (12pm-2.30pm and 3pm-5.30pm) and a cup of gin punch on arrival. They can be purchased online via ginchester.com, at the Tourist Information Centre and at the new Cabinet Rooms café.

Event organisers, Cabinet Rooms, are now in their third year of running events to mark World Gin Day in the city. Co-Founder, Gary Whiter, explained, “Like many other cities, Winchester has been enjoying a love affair with gin over the last few years. What sets Winchester apart from the rest, though, is that it is at the heart of an extremely exciting regional food and drink scene, which includes a number of creative gin distillers, large and small.” The city has been perfectly captured in the gin-inspired cityscape, which is being used to publicise the event, created by local design firm and event sponsors, Buttercross Creative.

A prime example of the creativity behind the region’s gin offering is Winchester Distillery, the city’s original distillery and creators of the celebrated Twisted Nose gin, made using lavender and watercress from Alresford. The distillery, which is also sponsoring the Ginchester Fête, will be showcasing its full gin range at the event. In addition, to add to the excitement of the festival, they will be launching their newest gin on the day meaning visitors will be the first people to try the very latest gin to come out of Winchester. Master Distiller and founder of Winchester Distillery has hinted, “I’m launching a new spirit which is my proud tribute to the city of Winchester; seat of King Alfred and the resting place of King Arthur's fabled round table.” Details of the gin itself are under wraps until World Gin Day when all will be revealed at the Fête.

A host of exciting, local gins from across the region will also be at the event including Bombay Sapphire, Conker, Pothecary Gin, Gorilla Spirits, Hiltingbury Still and Isle of Wight Distillery. Visitors will be able to sample new favourites, meet some of the geniuses behind the drinks themselves and perhaps buy a bottle or two to take home with them.

Drinks will be available from the Cabinet Rooms gin bar for anyone wishing to quench their thirst. The organisers are also working with Hampshire Fare to bring local food producers to the event, all with a gin theme of course. There will be plenty to try on the day from gin charcuterie to gin jam.

The Ginchester events have been growing year on year and the Fête now features in Winchester’s annual festival programme. Gary explained, “The Ginchester Fête was great fun last year but we sold out quite early which meant many people missed out. Moving to the Great Hall means that the Fête will be even bigger and quirkier than before so it promises to be brilliant fun for even more of the region’s gin lovers and their friends!”