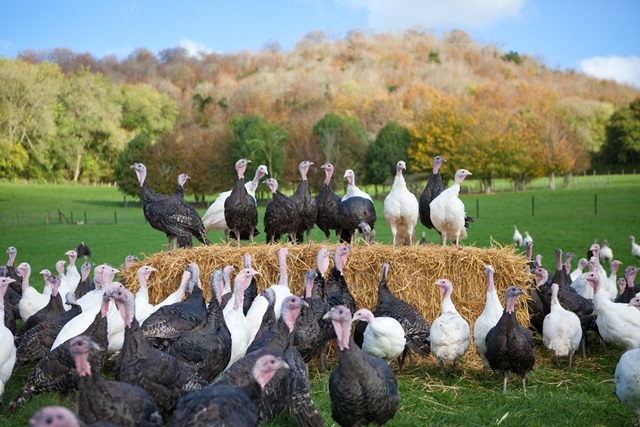 For added flavour, quarter a peeled onion and a cored Cox's apple and pop both of them into the turkey cavity. Alternatively put a whole orange or lemon, a halved onion and herbs such as bay, thyme or rosemary into the body cavity.

If you are stuffing your turkey, only fill the neck cavity and remember to recalculate your total cooking time to include the extra weight of the stuffing. Stuffing can also be cooked separately, but don’t stuff the body cavity as this can result in meat being undercooked in the centre.

Some cooks recommend placing your turkey breast side down until the last half an hour, so that the breast meat remains succulent while the brown meat cooks evenly.

To find out where you can find fresh, local, seasonal produce, use the search function on the homepage of our website www.hampshirefare.co.uk