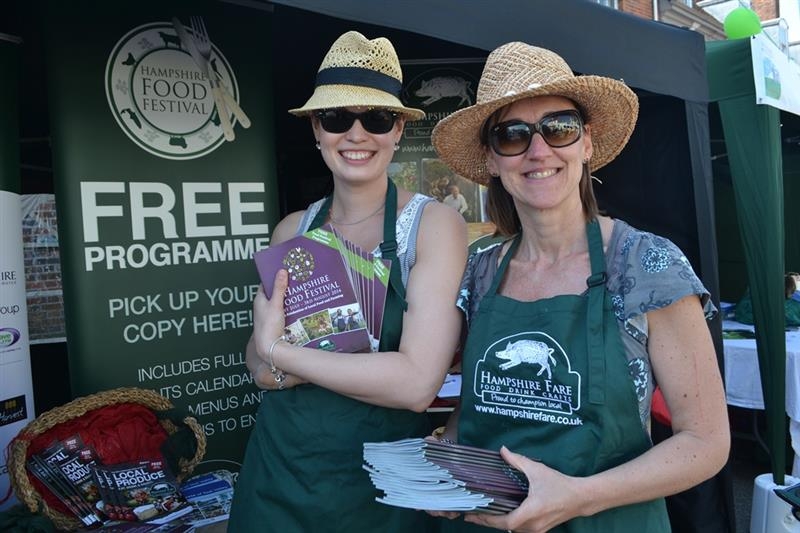 What a great start to the Festival Season!
Alresford’s Watercress Festival, held mid-May, was a great success with visitor figures continuing to rise year on year.  Estimates in at the time of writing suggest something like 15,000 turned up to enjoy the sunshine, the market of local produce and crafts, and a lively music line-up. Meanwhile chefs such as Quay Fifteen’s ‘Raz’ Ali, Lainston House’s Andy Mackenzie and James Durrant of The Plough and Great British Menu, inspired the audience.
Hampshire Fare was there, too, busy handing out the new free Hampshire Food Festival programme; some visitors said they’d come principally to pick up a programme!
A fun time was had by all.