Visit to home of Hampshire superfood 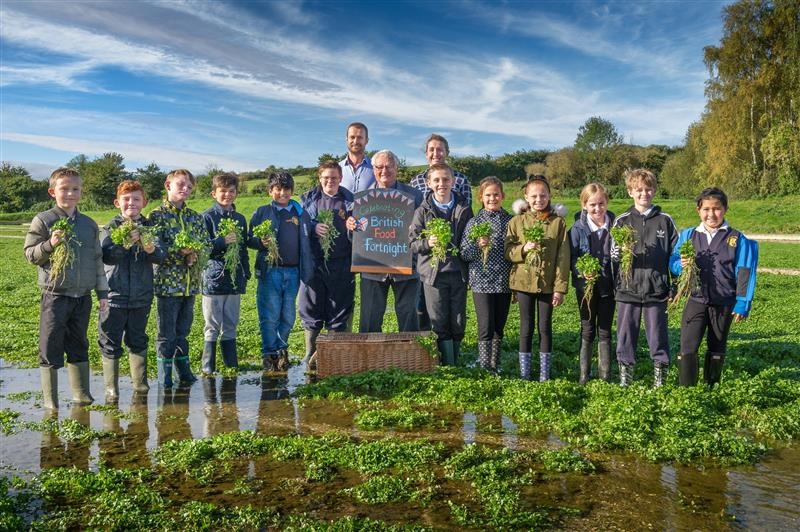 Pupils from Shakespeare Junior School in Eastleigh traced the roots of their school dinners during British Food Fortnight (23 September – 8 October).

A visit to The Watercress Company at Manor Farm near Alresford was a chance for pupils to learn how one of Hampshire’s heritage crops is grown and harvested. This superfood of an ingredient was then served later that day at school to celebrate British Food Fortnight.

Councillor Peter Edgar, the County Council’s Executive Member for Education, said: “We are very proud to be championing homegrown Hampshire produce, which is integral to the healthy school meals we serve to more than 440 schools across Hampshire.

“It’s also important to help young people – such as pupils from Shakespeare School – to understand the story behind the fruit and vegetables they eat in their school meals. It not only helps them learn about the dietary benefits of eating fresh food, but also highlights how local farms – such as the historic watercress farm here in Old Alresford - play such a vital role in the process from plough to plate.”

Steve Cox, Head teacher at Shakespeare Junior School, said: "At Shakespeare, we believe in the importance of good food and nutrition. HC3S run our kitchens and we are really happy with the food they provide for the children.

“It's also really important for the children to see first hand how local businesses operate and how the Hampshire economy is supported by buying local produce."