Villagers come together to save their local 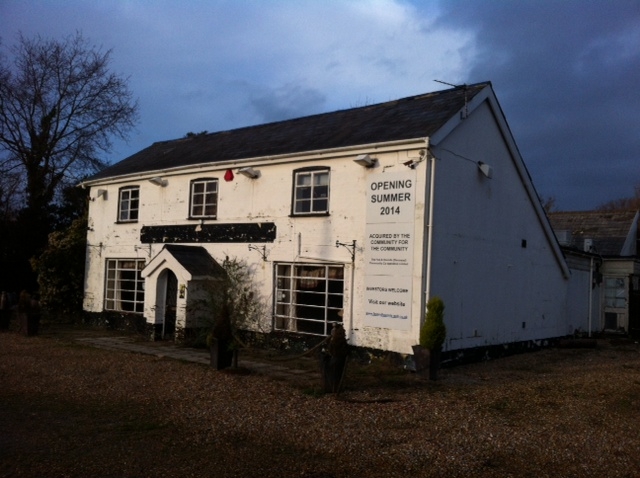 The once popular Fox & Hounds public house in Denmead is being saved thanks to four local businessmen and the community. The pub has recently been taken on by locals who have formed The Fox and Hounds (Denmead) Community Co-operative Limited and means that when it opens its doors again, the pub will have been acquired by the community for the community.

Locals who want to see the pub re-open have already pledged over £200,000 towards the £550,000 cost of purchasing and refurbishing the building. Contracts were exchanged in January and the fundraising began in earnest with a Community Share Offer. Launched on 27th January 2013, the Share Offer gives individuals and businesses alike the opportunity to invest money and become a shareholder in the co-operative which will own the building and land.

It is intended that every shareholder will receive up to 3% interest on their investment. Shareholders will also receive voting rights at General Meetings, as well as other benefits. The Share Offer is being run by local community finance organisation Parity Trust.

Rob Stark, Director of the community co-operative has said 'The initial response has been tremendous. Villagers and many others who have links to the village from afar afield as Australia, USA and Canada have pledged financial support as well as SIB and Empower who have been generous with both financial and professional support. Many local companies including our local breweries are helping the community to realise its ambition of re-opening the Fox & Hounds in the summer of 2014 as a quintessential English country pub serving local source ales and good food and the evidence of local support testifies to the fact that it will again become a very popular social amenity. '

For more information about the Share Offer and the work of the team, please visit the website below.