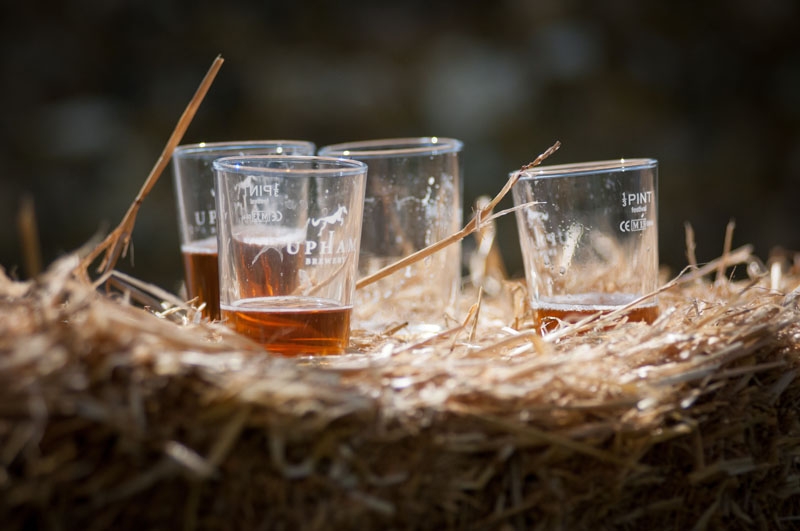 Hampshire-based Upham Brewery is celebrating a year of record breaking sales by recreating their seasonal ale 1st Drop, which was first produced a year ago to mark the opening of Upham's state-of-the-art brewery in the heart of the Meon Valley.

The thriving brewery is a Corporate Friend of Hampshire Fare. Sales at the brewery have gone from strength to strength over the last 12 months with production having more than tripled. The brewery regular ales include Punter, Tipster and Stakes and four seasonal beers, which proved to be sell out successes as well.

Made entirely of British ingredients, 1st Drop has a light floral and spice aroma with sweet grass and orchard blossom that creates the perfect celebration of the start of the growing season.

The colour of deep chestnut combined with a smooth maltiness, Upham's spring seasonal special has the flavour of rich light fruits and follows in the wake of Upham's winter special, Winter's T'Ale. Such was the demand for Winter's T'Ale that production had to be doubled with the brewery working throughout Christmas to meet demand.

With similar demand expected for 1st Drop, Head Brewer, James Stephenson, who will be brewing the seasonal special for the first time having joined from Wells and Young last year, already has four brews planned as orders have already started to roll in for the spring ale.

With 1st Drop available from this week, James Stephenson said, 'The Brewery enjoyed a fantastic year in 2013 so it's great to be able to revisit one of the ales which kick-started our incredible growth last year.'

1st Drop will be available until April and those wishing to make an order please call Cleone Hilborne on 01489 861 383 or cleone@uphambrewery.co.uk.