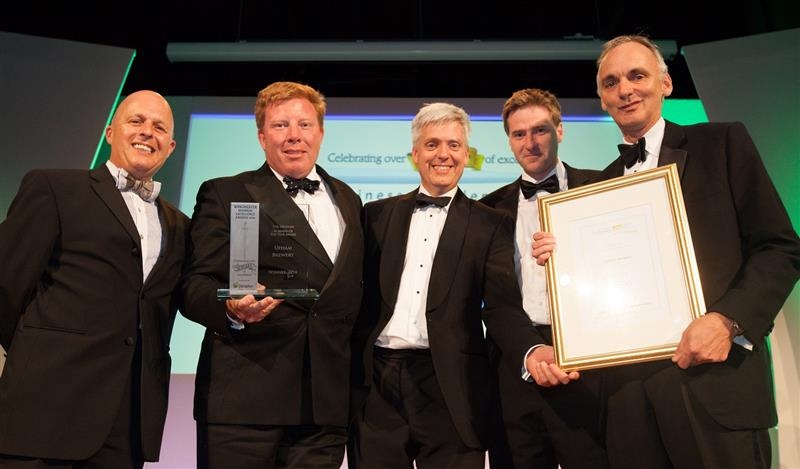 Upham Brewery, based near Bishop’s Waltham has been recognised as Business of the Year at the Winchester Business Excellence Awards. The brewery which was only set up in 2009 beat off fierce competition from other local businesses and received their award from Steve Brine, MP for Winchester and Chandler’s Ford at a showcase gala dinner at the city’s Guildhall.

The judges were impressed by the brewery’s rapid growth which has seen it increase production by over 200% in the last year, while plans are also in place to increase the Group’s portfolio of nine pubs to 30 over the next two years creating up to 500 local jobs in the process.

David Butcher, Director of Upham Brewery said, “The recognition and support of the business industry from the Winchester district is hugely important to us as we expand and we will continue to proudly champion the region as we do”.

The evening saw more than 200 of the region’s leading businessmen and women gather for the awards, which recognised the most innovative and successful businesses from the area.