The Watercress Company returns Hampshire to its roots 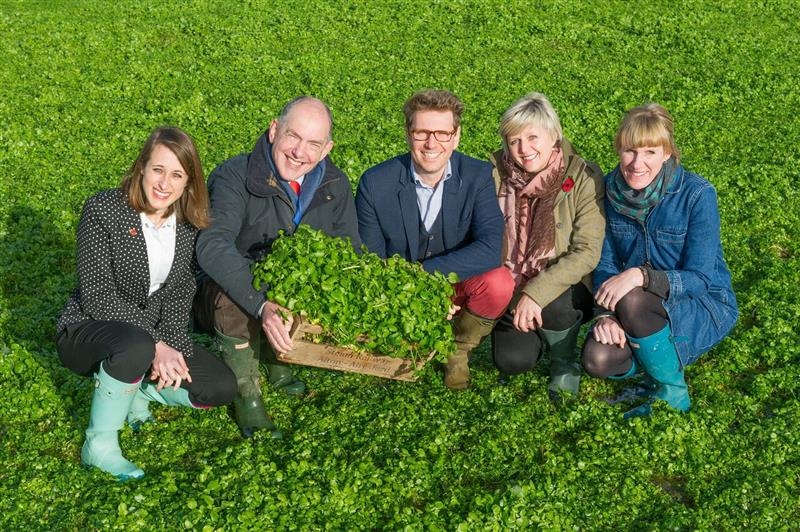 The Watercress Company (TWC) has committed to a three-year sponsorship of Hampshire Fare. The company is eager to show its support for the invaluable work of the food group while it is investing further resources into its Hampshire side of the business.

Watercress has been grown commercially in Hampshire since the nineteenth century. Before modern production, using only potable mineral-rich spring water, the Arle in Alresford was one of the principal streams used for growing watercress with five growers listed in the directory for 1890. With the expansion of dedicated watercress farms fed by spring water, Alresford soon became the capital of watercress with large quantities being sent by stage coach to London and later by train on what became known as the ‘Watercress Line’.

Several of these farms now form part of award-winning The Watercress Company which was founded in 1994 by bringing together a series of smaller businesses to secure the legacy of watercress farming in the area. Currently much of the watercress grown in Hampshire is locally packed for national distribution.   However this is about to change, responding to a huge demand for watercress in Hampshire and the surrounding  counties, the company is preparing to open a dedicated facility in Hampshire to serve the demand for Watercress and Baby Leaf salads.

TWC opened a facility in Dorset several years ago and expect a similar response with an increase of Hampshire watercress on the menus of many local restaurants and pubs as well as in farm shops and independent stores bringing back the prevalence of the super food in the region. Tom Amery, Managing Director, explains the vision:

“Watercress farming is part of Hampshire’s roots and heritage. We are delighted to be able to serve the local area and make Hampshire the watercress hub of the UK as it was back in the nineteenth century. We will offer short order-lead times and enable businesses to pass through the area and collect orders daily ensuring freshness and reduce their stocking levels. In addition to just watercress our team are skilled in procuring a fantastic baby leaf mix that offers great shelf life, colour and flavours all sourced from our farms.”

“We’re excited to be able to cement our Hampshire focus with a three-year corporate partnership with Hampshire Fare. We are aligned in our outlook with a shared passion and drive for local produce. We are excited to have this opportunity to show our support for their invaluable work in Hampshire.”

“We are thrilled to have The Watercress Company on board as a corporate partner. Watercress is a key part of our county’s heritage and having pioneering growers backing our work is really exciting. Together with our joint vision next year is going to be an exciting time for the county. Hampshire Fare is celebrating 25 years next year and it is the tenth Alresford Watercress Festival in 2016. Watch out for lots of special events taking place throughout 2016 to celebrate our anniversary!”

To find out about watercress growing visit www.watercresscompany.co.uk and follow @TheWatercressCo