The Southern Co-operative is launching a £15,000 community support scheme for local good causes in Four Marks with the opening of its new store in the village 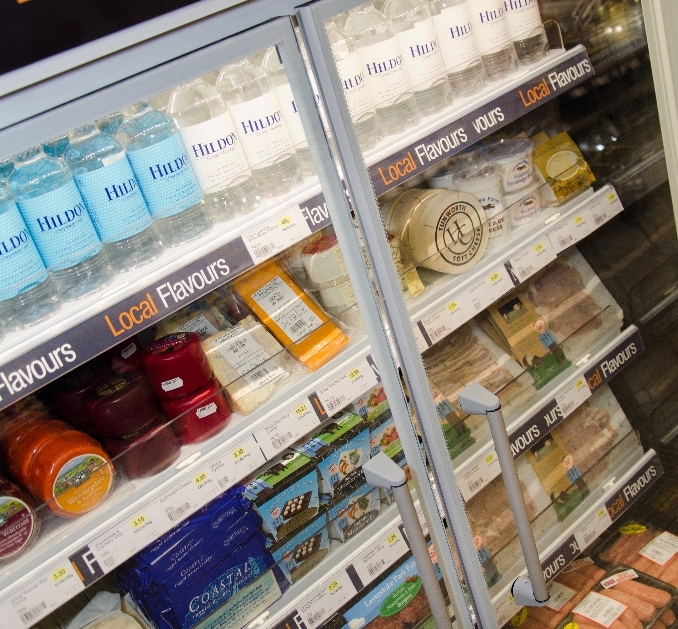 19 jobs have been created at the new community store on Winchester Road, which will be officially opened by Four Marks Scout Group on Wednesday 5 February at 10am. Retail Business Manager Alex Bland will also launch the store's £15,000 Community Support Card (CSC) scheme for 2014, inviting local good causes to apply for the funding from The Southern Co-operative.

Alex explained how the CSC scheme works: 'The Southern Co-operative will donate up to £15,000 to up to three local good causes chosen by the community and with the support of our customers. It doesn't cost customers anything to support, we simply ask them to present a green CSC card, which we issue free, every time they purchase goods here. The more cards are swiped, the more quickly we donate money to the fund; it's that easy! The scheme, which runs over a year, is a proactive way for The Southern Co-operative to work closely with the community and make a positive contribution to the local neighbourhood.' Local good causes and charities can apply for the £15,000 Community Support Card scheme funding by completing an application form, which can be picked up at the Four Marks store, by the end of March.

Tastings of local produce including Lyburn and Hampshire cheeses, Real Jam & Chutney Co preserves and River Test trout p?t? will be available to try on opening day. The new store will stock a range of locally sourced food and drink from Hampshire and surrounding counties as part of its Local Flavours range, available in 18 of its Hampshire stores.

Commercial Manager of county food group Hampshire Fare, Tracy Nash, said: 'It's really good news that The Southern Co-operative is extending its range of Local Flavours into its new store at Four Marks. This helps make local food more accessible to more people seven days a week and gives our producer members another valuable sales outlet. Our new 2014 Guide to Local Produce will also be available free to pick up in the store.'

Customers have the chance to win £150 Co-operative vouchers by giving their feedback about the new Four Marks store by 19 February. Four Marks Scout Group will also receive £500 from The Southern Co-operative by way of a thank you for opening the store, which will be open seven days a week from 7am-11pm. The Southern Co-operative also recently launched a Community Support Card scheme at its Alresford store to raise £15,000 for Broadlands Group Riding for the Disabled in Medstead.