The Land That Feeds Us 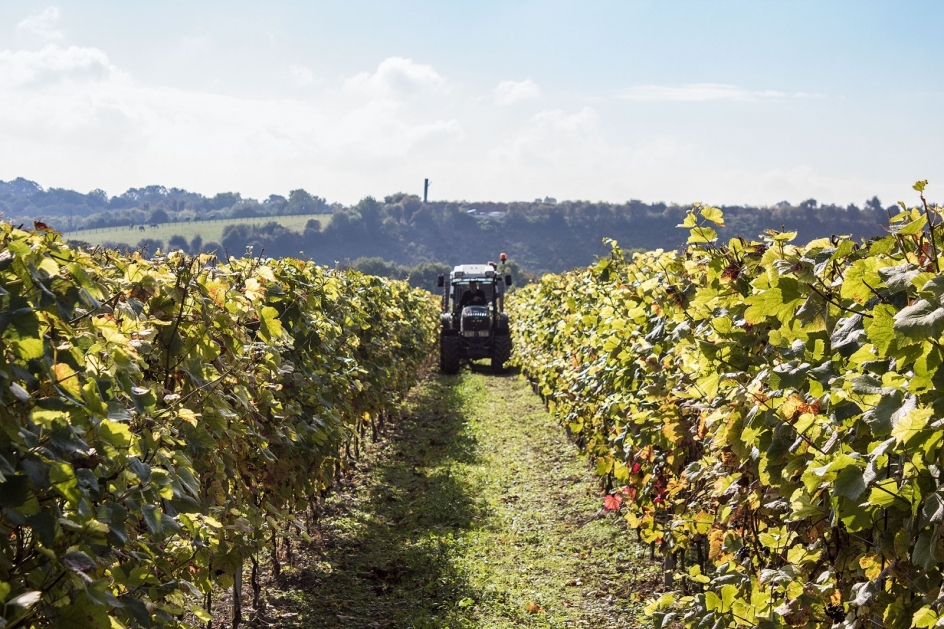 Terroir, from the French for land, is the term used to define the natural environment in which a particular wine is produced, taking into account soil, topography and climate. Hampshire’s ‘terroir’ is one reason why the county has been so successful producing award-winning fizz - as Hampshire’s south-facing chalk downland is similar in terms of landscape and climate to Champagne in north-east France.

In fact, the UK’s modern commercial viticulture was established in Hampshire in 1952 with Sir Guy Salisbury-Jones’ pioneering vineyard at Hambledon. Corinne Seely, Head Winemaker at Exton Park, in the Meon valley, says: “What a bounty we have in Hampshire!  Ninety million years of history have created similar soils here as in the Champagne region. The same band of chalk that we find in northern France can be traced under the English Channel and directly into Hampshire’s South Downs National Park. Exton Park Vineyard, on these slopes, is undoubtedly one of the best examples of the county’s famous chalk terroir. The sea, now just a few miles away, has deposited its treasure, thus imparting distinct minerality, a kind of salinity, and a vibrant elegance to our wines.”

However, Hampshire’s terroir (or landscape) also provides the ideal conditions for a variety of crops and livestock, cultivated and wild. The county’s clear chalk streams are world renowned for the quality of their watercress and brown trout. Hugo Hardman of Chalk Stream Foods, explains: "Hampshire's chalk streams define our business. The quality of our trout is arguably better than any other trout in the world becuase of the quality of the chalk stream rivers. The underground aquifers filter the water into the river that flows over the fish at two tonnes per second providing the ideal high-oxygenated, fast flowing habitat for our trout. If you’re a fish it’s like being in a permanent gym which means the fish are healthy and taste great!”

Hampshire’s coastline provides not only a harvest from the sea, but other produce, such as delicious lamb, raised on the salt marshes at Keyhaven where Lisa and Simeon Morgan farm. Lisa says: “The lambs spend their days grazing in our unique environment, the sea air and rich herby pasture giving the meat a distinct flavour, creating a very special product – Keyhaven lamb.”

Altogether Hampshire encompasses downlands and chalk streams, lush water meadows, rich pastures, coastline and marshland, plus the unique New Forest with open heath and woodland grazed by cattle, deer and pigs, too, during pannage season in autumn. The result is an abundance of drink and food, from charcuterie to game, and fizz to strawberries, trout and watercress. Delicious Hampshire. 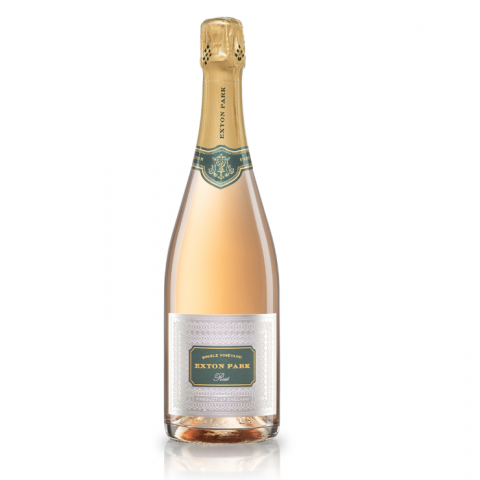 The award-winning Exton Park Vineyard, located just to the East of Winchester, is the only ‘Grape-to-bottle’ producer in Hampshire 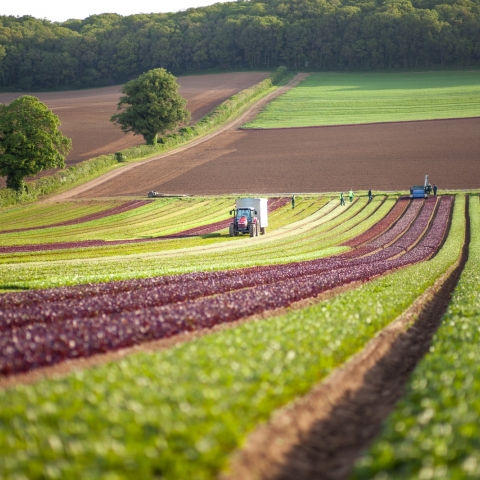 The Watercress Company are specialist growers of baby leaf salad and watercress with Hampshire roots back to 1860.