The Island’s first ever Isle of Wight Whisky 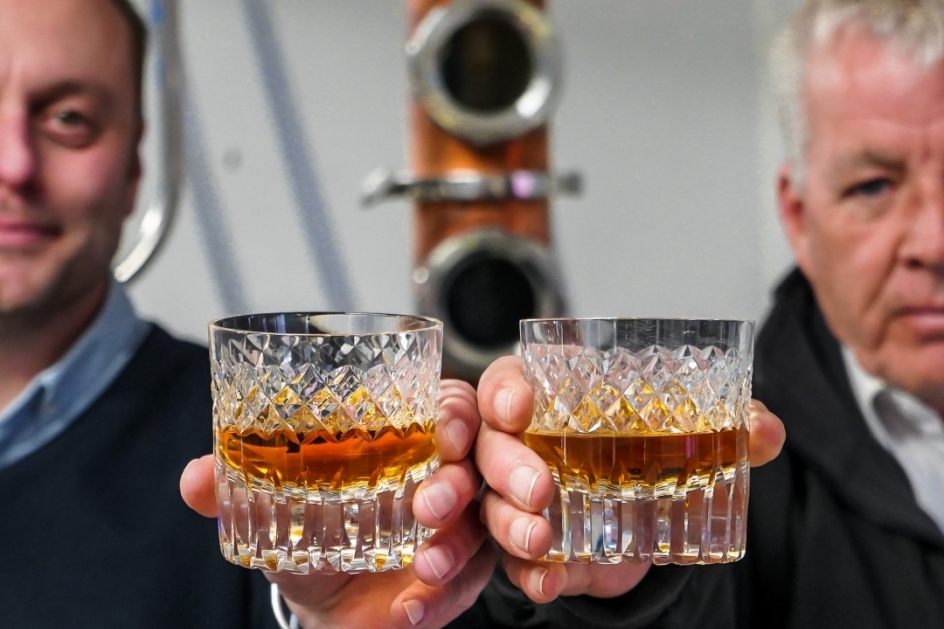 The Isle of Wight Distillery is celebrating after reaching a milestone in their new venture. Their Isle of Wight Whisky has been certified legal.

The Island’s first ever malt spirit went into barrel on the 16th December 2015, three years and one day ago last Sunday. In accordance with the Scottish Whisky Association’s regulations, spirits destined to be whisky cannot be legally referred to as such until a minimum of three years maturing have passed; up until this point, the spirit is referred to as a ‘new-make’ or malt spirit.

The unique recipe was created by respected brewer Xavier Baker, using the 9.2% abv unhopped beer whisky wash recipe with local barley, grown by Island farmers. The beer wash was brewed at Goddards Brewery then moved to the Isle of Wight Distillery for multiple distillations and placed in oak for the three-year maturation.

The Island’s first single malt will now continue to mature in a combination of bourbon and charred white wine casks, at 63.5% abv (cask strength) before it is finished and rested.

Xavier explains: “Great care and attention have been given to brewing the wash, a process often rushed in distilling. Distillers and brewers for generations have never really spoken, although the first part of whisky production is creating a strong beer. Our point of difference is we are approaching our whisky from a brewer’s perspective. Typically, whisky distillers will allow the natural exothermic reaction of yeast, fermenting sugars giving off temperatures of up to 40oC. Yeast will start to die at 24oC, giving off undesirable flavours that will carry across to the new-make spirit, requiring five years plus of maturation in oak to let those undesirable flavours mellow out and dissipate. Our whisky wash has been fermented as an ale between 22 -24oC for a longer, slower, controlled fermentation. This maintains happy yeast and gives a smoother, fuller flavour to the whisky. We are excited and honoured to be the first to create a legal whisky on the Isle of Wight. The process has required a lot of effort and patience over the last few years and we’re delighted that it’s now coming to fruition.”

There is currently no set release date confirmed for Isle of Wight Whisky. For regular updates and to be the first to hear the release date, customers can sign up to the Isle of Wight Distillery newsletter via the website: www.isleofwightdistillery.com