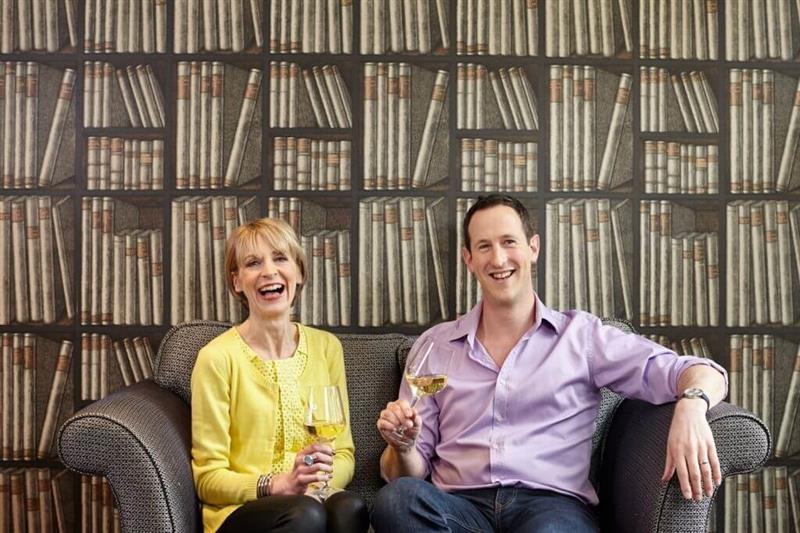 At the same time, they are asking for help selecting both a charity to support and a name for the wine – with winners receiving some of the new wine as a prize.
Susie Barrie MW commented: “The project is intended to be fun – but also fundamentally collaborative in nature, working to benefit good causes. We want to help people get more involved in the process, as well as make some noise about the fantastic job being done by the many brilliant winemakers in this country.”

To this end, Susie and Peter have produced two short films documenting their attempts at harvesting and blending with more such videos to be produced in due course. The 1,000-bottle production wine is to be made from the 2016 vintage – the year of Brexit, Bowie, and Trump not to mention Andy Murray winning Wimbledon and Gary Lineker presenting MOTD in his underpants after Leicester City unexpectedly won the Premier League. It was also, incidentally, the warmest year ever recorded – and a promising vintage in the UK.

The wine was sourced primarily from Cottonworth vineyards (managed by Hattingley Valley Wines) near Winchester, where Susie and Peter live. The base wine was part-aged in oak and is destined for ageing on lees and under cork with release pencilled for 2021/2022. Susie and Peter will also be looking to design a label and packaging in collaboration with local students.

Peter Richards MW added: “We would love to hear from people with ideas for charities we could support that are close to their heart. As for the wine name, we’re looking for inspired suggestions and hopefully we’ll come up with something a bit more original than Winey McWineFace.”

Once votes are in, and a final decision has been made on the charity to support, Susie and Peter will randomly draw a name from those who proposed the charity to receive six bottles of the wine. The same procedure will apply to selecting the wine name. The plan, once costs have been covered, is for proceeds from sales of the wine to go directly to the chosen charity.

The story plus videos, pictures and voting forms can be found on The Big English Wine Adventure web page on Susie and Peter’s website: susieandpeter.com/watch/English-wine-adventure.