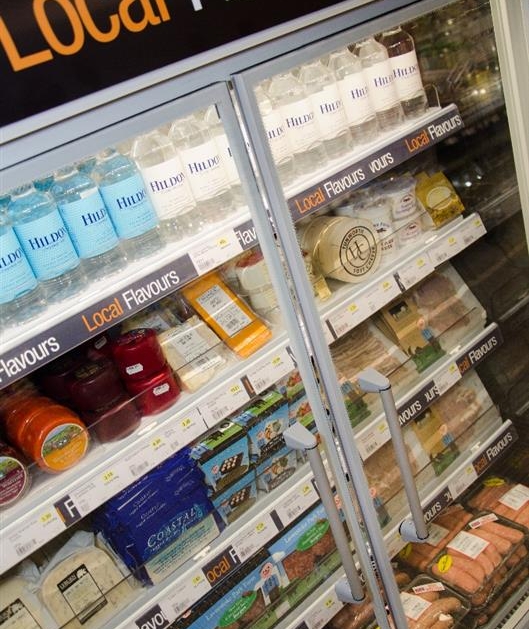 Local producers on the Isle of Wight are joining forces with The Southern Co-operative to showcase the abundance of local food produced on the Island with a ‘Taste Local’ weekend of free tastings in thirteen stores from 6-8 June.

The Southern Co-operative works closely with local producers to bring their food and drink to a wider customer audience via its stores both on the Isle of Wight and across southern England. Demand for local produce is increasing in its stores with a 36% increase in sales of Island produce over the past year. Kate Hibbert, The Southern Co-operative’s Local Sourcing Manager and Hampshire Fare Director, explained: “Our Local Flavours range currently supports over 30 Island producers and suppliers, stocking over 300 lines. Our suppliers range from small producers who supply a few of our stores with seasonal produce like Island Fish Farm’s smoked trout pate to large scale producers which supply all our stores year round with core staples including Isle of Wight meat, vegetables, bread and eggs.”

Free tastings over the Taste Local weekend will include bread and cakes, cheese and crackers, real ale, fruit juice and soft drinks, ice cream, cheesecake, jams, chutneys, salad vegetables, pies and pasties, with produce to try varying from store to store. “We want our customers who might not be familiar with our Local Flavours range to sample for themselves how delicious their locally produced food is”, said Kate, adding: “People often see ‘local’ as more expensive and whilst there are some wonderful special treats to be had amongst the Local Flavours range, there are many 'weekly shop' items that we stock in this range that are in the same price bracket as other ranges in store. For example, Brownrigg Poultry’s free range eggs, bread from The Village Bakery, fresh vegetables and salads from Farmhouse Fayre and ham, sausages, mince and pork chops from Hamilton’s Butchers, to name a few. Whilst we regularly have Local Flavours tastings in our stores, this is the first time that tastings will be running simultaneously in all our Island stores with such a wide range to sample. Shoppers will also be able to meet the producers in person at our Cowes, Freshwater, Ryde, Bembridge and Shanklin stores over the weekend.”