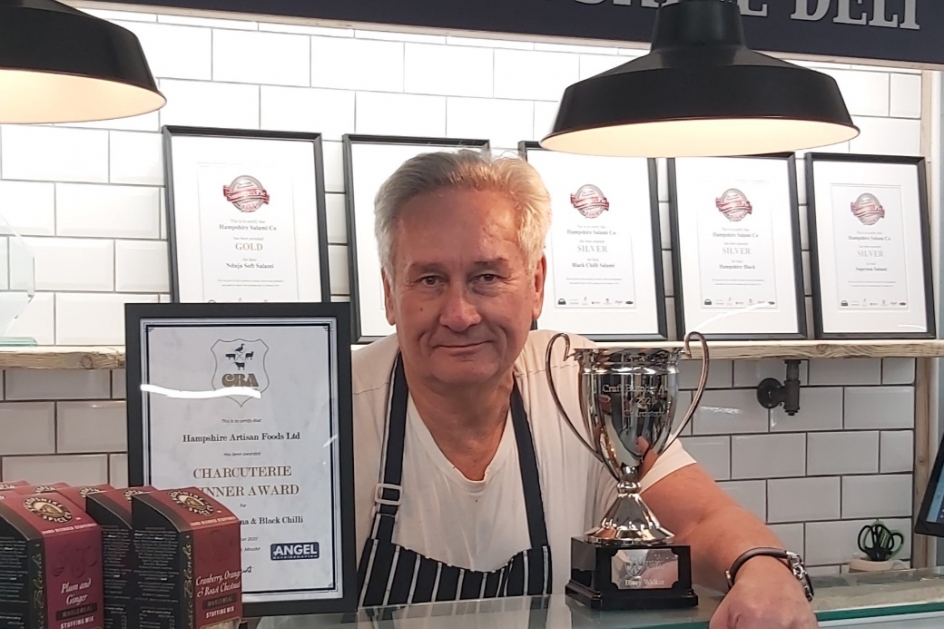 Barry entered three salami products into the Charcuterie class of the National Craft Butchers Awards 2020 winning two GOLD medals and one SILVER medal. The individual winners in each category were announced in early October. Two weeks later on the 20th October, in a live Instagram ceremony, the overall winners for each category were announced, with Barry Walker of the Hampshire Salami Co named 'best in class' and the 2020 overall winner of the Charcuterie section.

Barry commented: "I was absolutely delighted to have been awarded the two Golds and Silver for my individual products in the overall competition, but when I learned that I had won the coveted best in class Charcuterie Champion award for 2020 I was absolutely stunned! Being judged by the best in the butchery trade and winning is a real testimony that we are doing something right. Add to this being judged Hampshire Charcuterie Champion in Hampshire Fare’s Great Hampshire Sausage & Pie Competition earlier this year, and it has been a great year for the Hampshire Salami Company!”

Barry Walker was named Charcuterie Champion against stiff competition from seasoned meat curers who have been entering this competition for many years. National Craft Butchers is the guild that represents butchers in the UK, and the annual awards programme is one of the most hotly contested food award programmes in the country!