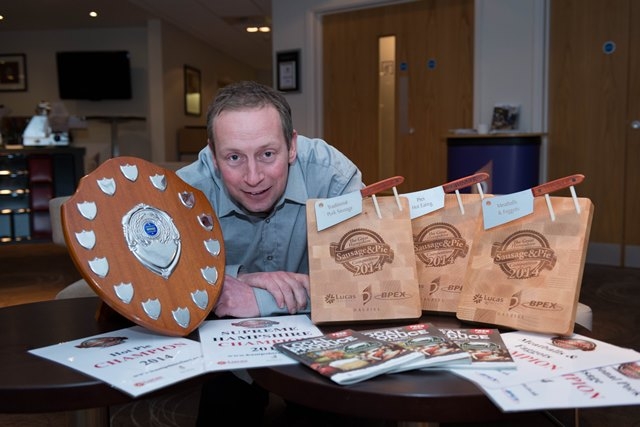 Hampshire’s Supreme Champion Goes Head to Head with the Best

Good luck to Simon Broadribb of Uptons of Bassett, Southampton, who this weekend will be entering the Champion of Champions 2014 competition at the Bakers’ & Butchers’ Autumn Fair in Newark.

This competition sees award-winning sausages from across the UK compete to take the title of UK’s Best Banger.

Simon Broadribb was named Supreme Champion in Hampshire Fare’s Great Sausage & Pie Competition and is therefore eligible to enter this prestigious national competition which is described as the ultimate sausage competition.


Hampshire Fare wish Simon all the best as he flies the foodie flag for Hampshire.