Shaking and stirring at Winchester Distillery 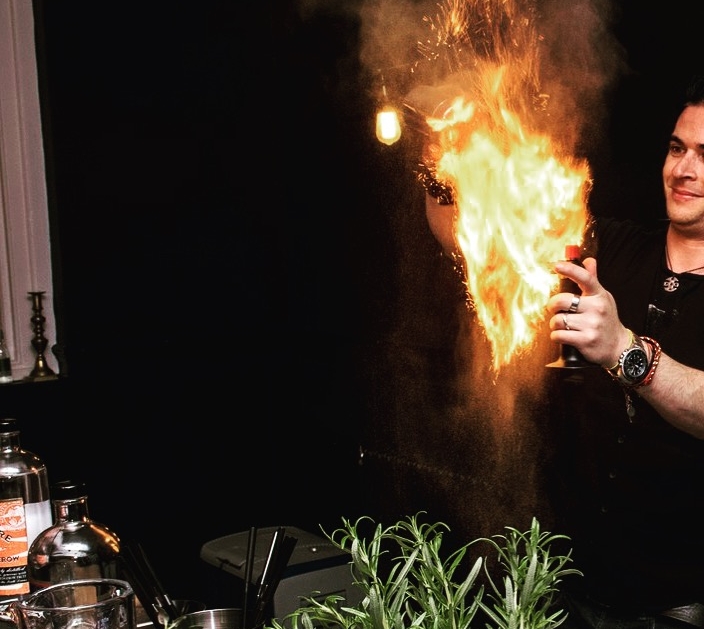 A range of exceptional bar and mixology skills were on display at the final of the Winchester Distillery Cocktail Awards held at Forte Kitchen in Winchester on Monday 16th October.

Judges Gareth Maxwell from Hattingley Valley, Gary Whiter from The Cabinet Rooms and Winchester Distillery’s Paul Bowler were treated to an exciting display of mixing, stirring, shaking, muddling and flaming from a variety of mixologists and bartenders. Entrants were representing businesses around the county including; The Chesil Rectory, Lainston House, The Globe Inn Alresford, The CoCo Bar & Lounge Southampton and The Green Man.

Contestants all took part in a well fought contest in which the judges were looking for specific characteristics including concept, delivery, appearance, palate and practicality.

Commenting on the competition Paul said “I was so impressed with the candidates’ knowledge, skill and imagination that it was a very close decision in the end. I am delighted with the level of interest in our spirits and our reputation within the hospitality sector.”

The winners, Spike Vandermewe founder of a soon to be launched pop up bar company, and Chris Palmer, Bar Manager at The Langstone Hotel in Hayling Island, excelled over the other entrants in the Cocktail and G&T rounds respectively.

Winchester Distillery aims to work with both these Brand Ambassadors to attend future events and hospitality venues nationwide with their full range of spirits.