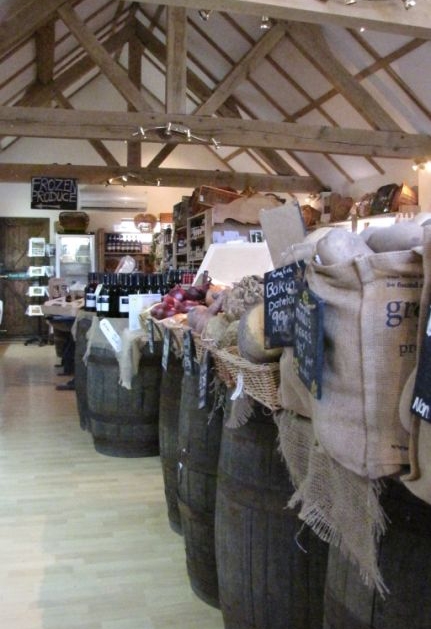 Owners of Setley Ridge Farm Shop were surprised and honoured to be presented a new award for 'Best Supporter of Local Produce' at the recent New Forest Show.

The award was presented to Jane Overall and Andy Alvis who run the farm shop near Brockenhurst. The new title was awarded by the CLA and the New Forest National Park Authority and presented by The Earl and Countess of Wessex.

Jane and Andy are both passionate about local produce and are dedicated to providing the best experience of Hampshire and New Forest produce under one roof at their farm shop. Jane bakes all the cakes, scones and fudge and Andy creates all the ready meals.

Jane Overall said: 'It is very important that more people recognise local produce and support local producers. It's a very hard market and there are a lot of small producers who are struggling and we try to support them in the farm shop. There is such a wealth of local produce in the New Forest and it is so diverse - from pork and beef to people turning local fruit and veg into chutneys and jams. When he presented us with the award Prince Edward was very interested in local produce, particularly educating people about it, and he was charming.'

CLA regional director Robin Edwards said: 'There are benefits of local food nutritionally and also in boosting the local economy and we are pleased to be able to commemorate Setley Ridge Farm Shop as an exemplar.'