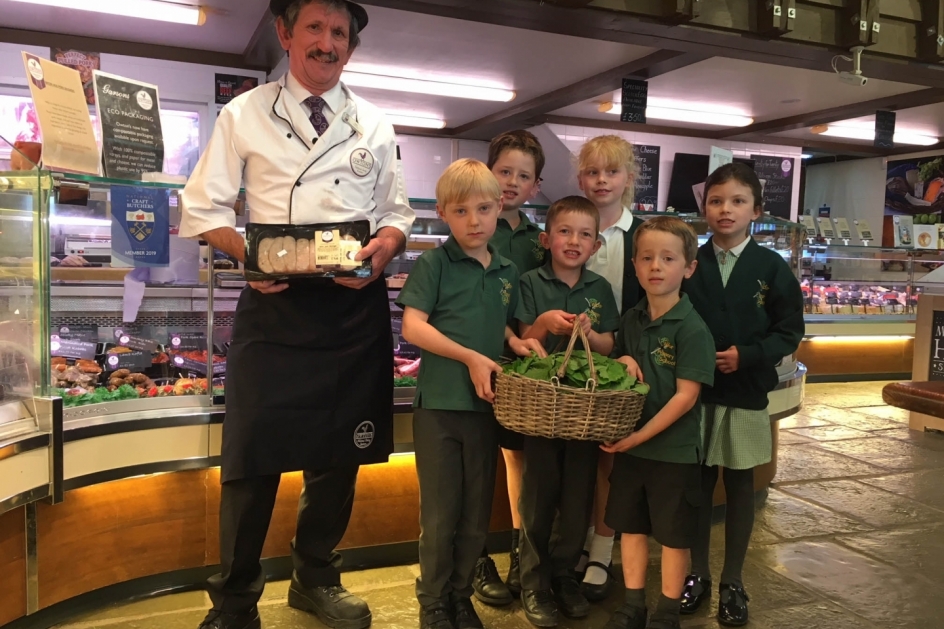 The Wicor Jack Sausage has been made by Owton’s, which runs the butchery counter within award-winning Garsons Garden Centre, using a wild herb called Jack by the Hedge or Hedge Garlic, picked by the children.

The pork sausage will make its debut on the barbecue of the Wicor Primary School’s summer fete, Friday, July 12, and is also being sold from Owton’s counter within Garsons, with a percentage of profits going to school funds.

John Harding, General Manager, Owton’s, says: “We are delighted to work with these young horticulturalists to produce such a delicious product using a unique, but native grown ingredient. The herb gives just a hint of mustard and garlic and I am confident the sausage will be popular at barbecues this summer.”

Garsons has a long-standing relationship with Fareham-based Wicor Primary School, providing seeds and growing advice to help develop the pupils’ award-winning garden, which has been featured on BBC Two’s Gardener’s World and is currently part of the National Open Garden Scheme.

Headteacher Mark Wildman comments: “The Wicor Jack Sausage is a fantastic project which brings the school and local businesses together to create a product which will be loved by the community. Horticulture is an integral part of the school’s environmental curriculum and pupils have enjoyed learning about, and foraging for, this native edible plant and seeing how it can be used as a food ingredient. It is a privilege to work with such an accredited butcher as Owton’s and for one of our established and respected partners, Garsons, to stock it.”

The Wicor Jack Sausage is available from the Owton’s butchery counter in Garsons. For every kilo pack sold, £2 will go to school funds.