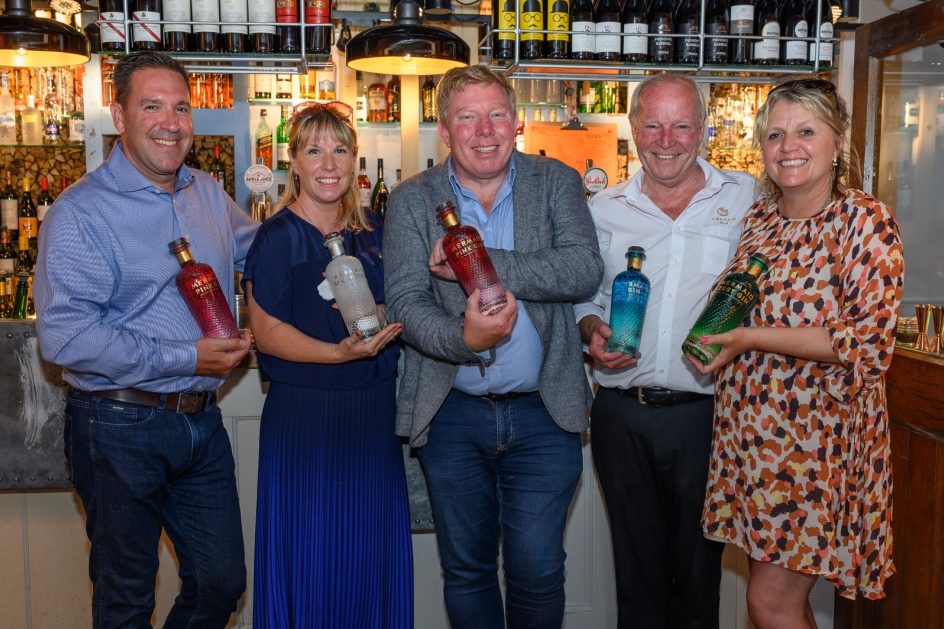 The Running Horse, Littleton, a well-established local pub with restaurant and rooms, and one of the ‘stable’ owned by Hampshire-based Uphams Inns, has reopened following a major refurbishment and with a new focus on sustainability. The official relaunch was held on Wednesday 13th July, with guests offered delicious canapes, bite-size versions of the new seasonal menu, and a choice of drinks - brewed, distilled and roasted by local producers.

David Butcher,  Managing Director, Upham Inns, said: “This is a popular village local, however it was looking tired. We made the decision to close the pub for three months to allow for a complete refurbishment. The restyling has added more character and an element of fun. We have themed the interiors and outside areas to reflect the pub’s name and link into the local countryside - Littleton Stud is just down the road.”

The 15 bedroom suites are named after top racehorses or racecourses and have stable doors. Paddock fencing and jump poles have been used to divide the outside gardens into relaxed seating areas while inside stable-style ‘stalls’ provide cosy dining booths. The booth panels, along with the bar and back counter, have been made from reclaimed doors. Old tabletops have been adapted and loose furniture reused.

John Rogers, RJR Creative Thinking, the architectural design service working with Upham Inns on the refurbishment, explained: “We believe pubs survive because of their relevance to the changing needs of the generations that they serve .They also need to meet the aspirations of their guests and our social responsibilities in difficult times. The Running Horse needed to reflect these changing times to become a Running Horse for today and tomorrow. To do so we tried to recycle, upcycle and reuse as much as we could - both from the old pub and from salvage elsewhere.”

David Butcher added: “The intention behind the refurbishment was to focus on sustainability. It has been really well received already. Our regulars have said they love it. It has been described as a ‘talking point for the locals’!  However, the bar remains the centre piece: this is still a pub that does great food, rather than a restaurant that sells beer!”

Sustainability is also on the menu at The Running Horse. Uphams Inns are members and supporters of Hampshire Fare and many Hampshire Fare members feature on the menu and behind the bar. These include drinks suppliers, among them the Isle of Wight Distillery, whose commitment to sustainability includes the Mermaid range being certified plastic free and the brand becoming carbon neutral. Coffee is by Moon Roast, a small batch producer based in rural Hampshire who source directly from small farmers to ensure farmers receive the right price and their practices are kind to the environment.

Tracy Nash, Commercial Manager, Hampshire Fare, commented: “We have worked in partnership with Uphams Inns for many years and we are delighted to see the strong support they are giving to so many local producers who complement their focus on sustainability. In the relaunched Running Horse, this ethos has been presented in such a colourful, fun and relaxed way! In keeping with the racehorse theme,  I suggest it’s a good bet that The Running Horse will go the distance as a firm favourite!”