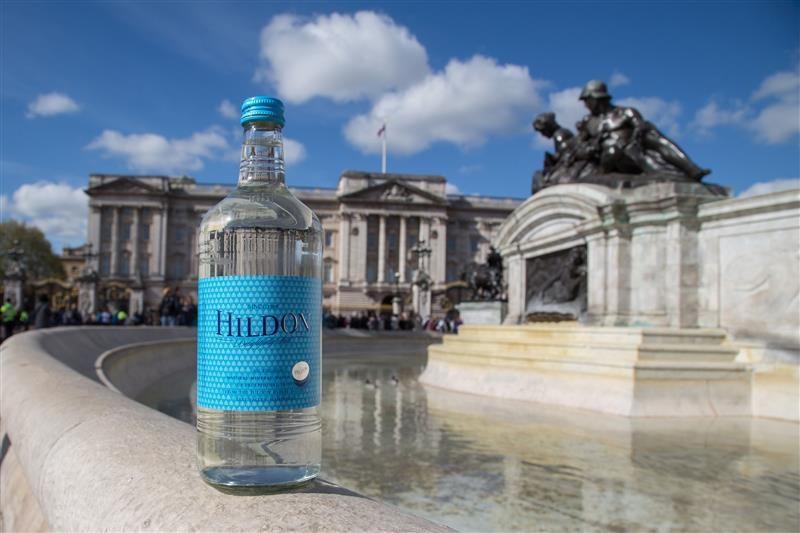 Hildon Ltd are delighted to announce that they have been granted the Royal Warrant of Appointment to The Queen after a number of years supplying the Royal Household.

“The Warrant is a highly-prized seal of approval that is granted after an extremely rigorous audit process” explains Executive Director Debbie Jones; “This means a great deal to the whole team.  Crucially, it is further proof that we have a robust environmental and sustainability policy, which is not only part of the criteria to hold the warrant, but also an important part of our core philosophy.”

According to James Burston, Sales and Marketing Director at Hildon Ltd; “Our enviable customer base, which includes the Royal Household, is a testament to our great water and unrivalled customer service.  We are very proud to be holders of a Royal Warrant.”

The fascinating history of the Royal Warrant can be recorded as far back as medieval times, when the Monarch chose their preferred suppliers from the best tradespeople in the land, and competition for royal patronage was fierce. In the 15th century, the head of the Royal Household (the Lord Chamberlain) began formally appointing suppliers with a Royal Warrant – a practice that continues to this day.

The Royal Warrant is granted to producers who have been supplying one of three Royal Households for no less than five in seven consecutive years and is valid for 5 years, subject to the holder observing very specific criteria.  The Appointment to The Queen conveys a “mark of recognition of those who have supplied goods or services to the Households of HM The Queen… and who have an on-going trading arrangement.” (Ref: Royal Warrant Association www.royalwarrant.org)

The Warrant is yet another endorsement for this quintessentially English brand, still flying the flag for English quality around the World.

Managing Director Yee Lay Tang summarised what receipt of the Royal Warrant means to everyone at Hildon; “Hildon Natural Mineral Water was founded in 1989 by an inspirational entrepreneur and dedicated philanthropist; since his sad passing in 2016 the team have worked tirelessly to continue his legacy of charity, service and delivering the best quality product.  The Royal Warrant of Appointment to The Queen conveys that we have succeeded in continuing this legacy in a way that Christian Leopold Heppe would be proud.”