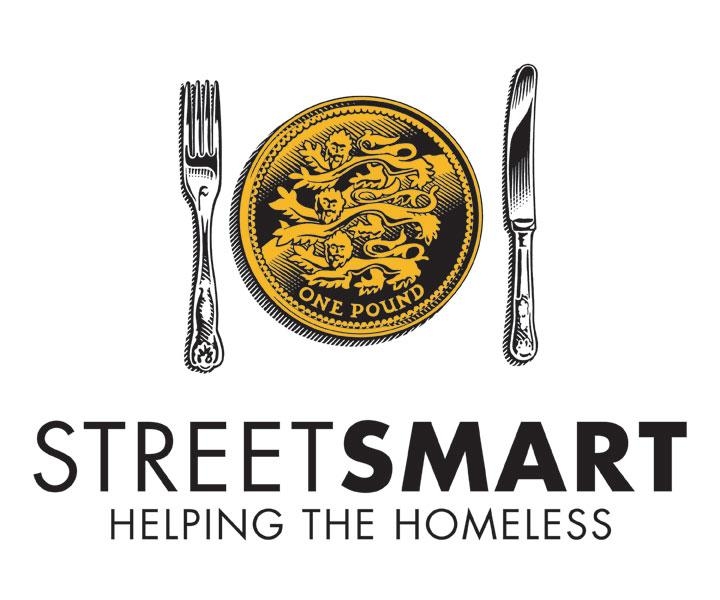 Thirteen Hampshire pubs, restaurants and hotels have raised £11,228 for local homelessness charity, the Society of St James, by participating in a two month StreetSmart campaign, topped up to £17,000 by government match funding.

StreetSmart is a national campaign which raises money for homelessness charities by asking restaurateurs to add a voluntary £1 donation to each table bill throughout November and December. In support of the 2012 campaign, the government then matched the funds raised in December, raising Hampshire's total from £11,228 to £17,000.

Dee Russell, Corporate and Community Fundraiser for the Society of St James brought the StreetSmart campaign to Hampshire to raise much needed funds to help homeless people in the county. Dee said: 'The success of the 2012 campaign in our county was unprecedented. The commitment shown by Hampshire's restaurateurs, waiting staff and guests is behind the tremendous success of the StreetSmart campaign. Just £30 pays for a homeless person to have a night's stay and three meals in a hostel, so it's easy to see how a £1 donation at the end of a meal out can go a long way at the Society of St James.' Dee added: 'Economically, the cuts to funding for our services are meaning that we are coming to rely more heavily on corporate and community involvement to continue to support vulnerable people back into community life.'

Participating Hampshire restaurants, pubs and hotels, 12 of which are members of Hampshire Fare, included The Chesil Rectory, Lainston House and The Old Vine in Winchester; The Purefoy Arms in Preston Candover; The Bakers Arms in Droxford; Lime Wood Hotel, Terra Vina and Chewton Glen in the New Forest; The Three Tuns in Romsey; The Plough Inn at Longparish; Greens in Wickham; Four Seasons Hampshire near Hook and The Chestnut Horse at Easton. Hampshire Life magazine was the campaign's media partner.

Hampshire restaurants, pubs and hotels keen to sign up to the 2013 StreetSmart campaign, or find out more about getting involved, should contact Dee Russell on dee.russell@ssj.org.uk or 023 8063 2524.