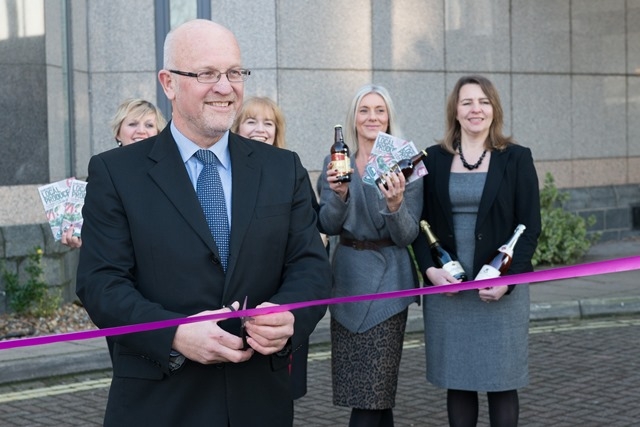 This year’s Local Produce Show, held at the Grand Harbour Hotel, Southampton, has been declared a complete success by organisers, exhibitors and buyers.

This annual event, organised by Business South with support from Hampshire Fare, is regarded as a key trade event for the county and brings together representatives from the hospitality industry with the county’s acclaimed food and drink producers.

Following the event, Business South's Champion Manager, Leigh-Sara Timberlake, said: "We were delighted by the response from producers and buyers. There were more producers than ever before and 250 buyers came through the doors. We had everyone from the executive pastry chef from Cunard to top chefs from leading hotels coming to see the beautiful produce we had on show."

Tracy Nash, Commercial Manager of Hampshire Fare, added: “There was a complete buzz at the Show with lots of buyers at the event and a great deal of productive dialogue going on between prospective buyers and local producers.

“I have had lots of positive feedback from our members saying it was a fantastic event. They particularly appreciated gaining valuable information from our expert panel sessions which included pertinent issues such as distribution and accreditation.”

First-time exhibitor Hugo Hardman from Chalk Stream Foods commented: “As a new company this was our first show and we were delighted by the response from buyers and fellow delegates alike. We will definitely be taking a stand again next year as I believe it will become an invaluable part of our business growth.”

“With some producers we have long-standing affiliations while others are new to us, but it is always good to meet face to face and chat as our work with the local food producing community is based on forming and maintaining strong relationships.

“In addition, the opportunity to sit on the expert panel is invaluable. It allows me to liaise with like-minded individuals from differing industries and also gives a professional insight into the issues of the day. The open and honest panel discussion also provides food for thought and I believe it encourages those who have an idea, but not necessarily the confidence to pursue it."