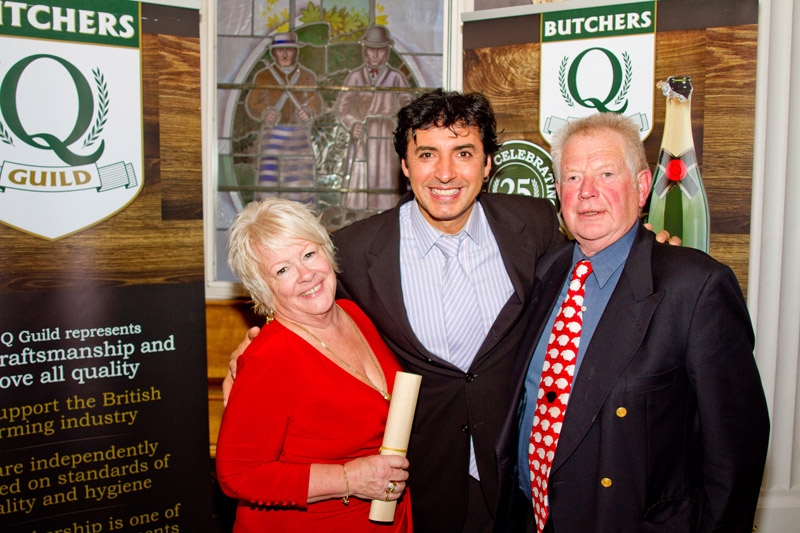 Owtons Butchers won gold awards for its pork sausage and oriental duck sausage. The Owton family has been farming on Chalcroft Farm for over 600 years with the earliest known records dating back to 1257. The family butchers was founded at the farm in 1976 by Rob and Gill Owton and has established itself as one of the premier wholesale butchers and farm shop proprietors in the country.

More than 360 individual products from Q Guild butchers nationwide, who are at the elite end of the UK's retail butchery sector, were submitted to this year's Smithfield Awards, also known as the Butchers' BAFTAs.

They were presented by celebrity chef Jean-Christophe Novelli at an awards ceremony in the Butchers Hall in Smithfield, London on Wednesday 20 November.

Q Guild national chairman Brindon Addy said: 'Products were evaluated by an independent panel of expert judges and the fact that 170 of them, or 47% of the total entry, received either diamond or gold awards speaks wonders for the quality of submissions and the emphasis our members continue to place on product innovation. Smithfield Awards remain among the meat industry's most prized accolades.'