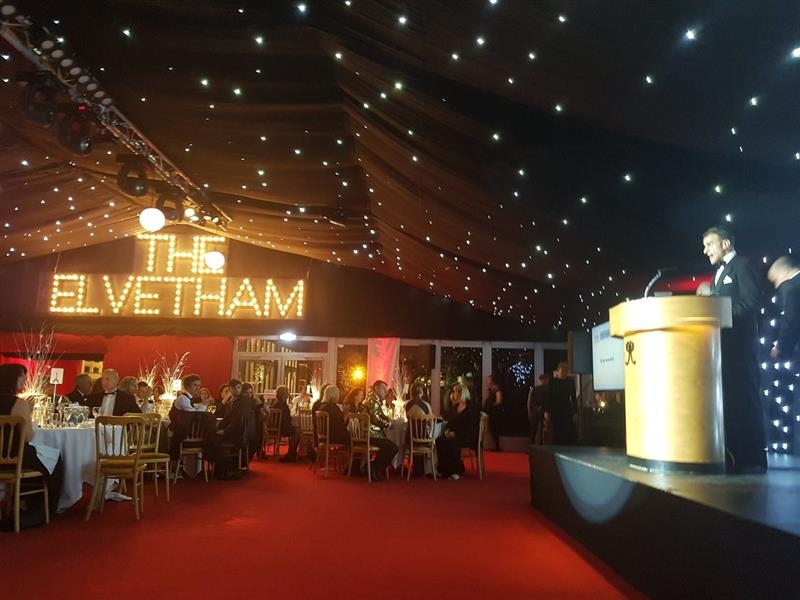 Congratulations to all of the Hampshire Fare members who made such a significant showing in Hampshire Life’s Food & Drink Awards 2017. This glamorous occasion, held at The Elvetham on 22 November 2017, celebrated the passion and skill of Hampshire’s food and drinks producers, chefs, and the retailers and bars, cafes, inns and restaurants who champion local.
Winning members included recently refurbished The Hiltonbury Farmhouse, Chandler’s Ford, who picked up Newcomer of the Year. Uptons of Bassett, butchers and delicatessen, Southampton, were named Best Independent Retailer. Sundae’s Child, Romsey, was awarded Food Product of the Year for their delicious, made-on-the-premises ice creams.
Hattingley Valley, Lower Wield, won Drinks Product of the Year for their exquisite Entice dessert wine. The Baker Boys, an organic bakery in Hook, received their award as Best Local Producer, very appropriately, from Hampshire Fare’s own Tracy Nash.
Our members also took home Pub of the Year – which went to The Three Tuns, Romsey; Restaurant of the Year, awarded to The Terrace, Montagu Arms, Beaulieu; and the Family Dining Award was picked up by Bourne Valley Inn, St Mary Bourne.
Finally, 2017 Hampshire Food Hero went to Hampshire Fare members Cabinet Rooms – who have made a big impact with their bold events programme, including Winchester Cocktail Week and Ginchester Fete.
A big shout out, too, to all our members who were shortlisted as finalists. These included Gorilla Spirits Co, Four Marks; Lisa’s Larder, Milford on Sea, The King’s Head, Hursley; and The Red Lion, Odiham.