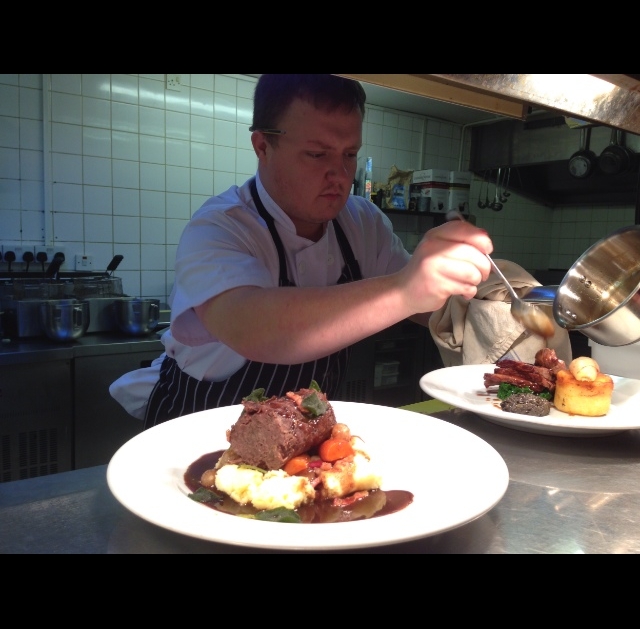 Hampshire has become well-known for its outstanding pubs and restaurants serving creative menus made from locally sourced produce. It is the hard working and talented chefs hidden away in the kitchens who make this happen.

Our Kitchen talent feature takes you behind the scenes of some of the county's leading pubs and restaurants to highlight Hampshire's exceptional chefs.

Nick O'Halloran is the head chef of The White Star in Southampton. Nick began work as a kitchen porter when he was 13 and took on his first head chef role with Ideal Collection in 2012.

Nick was attracted to hospitality after watching his brother succeed as a head chef. As a young teenager Nick had the opportunity to work as a kitchen porter in his brother's kitchen. It was here that he learnt basic knife and cooking skills and techniques.

Nick continued to work hard to follow his ambition of becoming a head chef himself. His dedication paid off as he took on his first head chef role when he was 21 years old. Two years later he was chef/proprietor of a Hampshire gastro pub.

Nick is passionate about raw ingredients enjoying the challenge of taking a handful of ingredients and transforming them into something delicious. He also loves cooking fish and shellfish and likes coming up with delicate flavour combinations to accompany perfectly cooked fish.

The menu at The White Star changes with the seasons providing Nick the opportunity to really make the most of fresh local produce. His signature dish of the moment was served on the pub's New Year's Eve menu. It is duck cooked three ways; roasted breast, confit leg, liver 'faggot', buttered kale, beetroot relish and pomme dauphine.

Nick's advice to Hampshire's aspiring chefs is to really understand what they are cooking and the different methods they can use. He recommends doing lots of research and understanding processes such as seasoning.

Ideal Collection offers all its customers the chance of saving 10% on everything they purchase in the bar and restaurant for breakfast, lunch and dinner - 7 days a week, 365 days a year!

Points can be spent Monday - Thursday and the loyalty card can be used at all Ideal Collection venues.