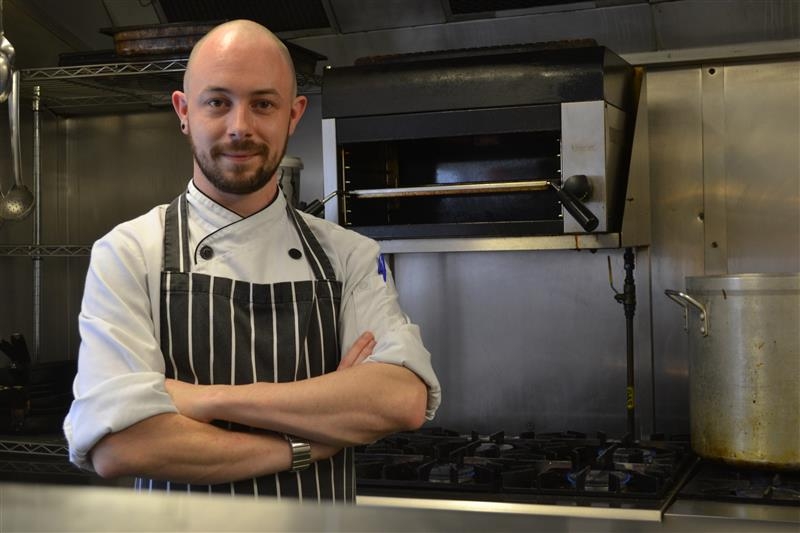 Jay McMillan is excited about his new role at the Little Pub Group’s Waggon and Horses in Lymington. He took over as head chef in January and has been given free rein to create a menu focusing on his passion for local ingredients. Jay cites Michel Roux Snr as an inspiration, but describes Tom Kerridge as ‘the man’. Not surprising then that he’s coming up with restaurant-quality, big-flavoured dishes in this welcoming, informal, gently quirky pub.

Jay hails from Brockenhurst – he really is a local - and has always worked in kitchens, starting out in a New Forest inn when he was just 15. Prior to taking over at the Waggon and Horses he was working at The Haven bistro and bar in Lymington’s Yacht Haven Marina.

As a local, he’s familiar with the producers in Lymington, the New Forest and on the Isle of Wight (particularly useful as the Waggon and Horses is located on Undershore Road on the way to the Wightlink Ferry terminal), and he champions their products. So you’ll find smoked garlic from the Isle of Wight Garlic Farm giving depth to his homemade saffron aioli, local rapeseed oil (Jay won’t use anything else, he loves its golden colour, its nutty flavour and its good for you, too), award-winning Loosehanger cheeses, bread from a Lymington bakery and sausages from producers in Sway on the menu. He’s also keen to grow his own salads and vegetables on site, starting off with heritage tomatoes.

His revised menu includes Waggon & Horses pub classics such as an Isle of Wight steak and oregano burger in a foccacia bun with red onion compote, as well as dishes on the a la carte menu that are a little bit different such as squid in polenta (delivering great texture), old-fashioned ingredients such as rollmop herrings, and new combinations like pan-roasted cod cheeks served with truffle gnocchi.

A Little Pub Group loyalty card is available which can be used across all six pubs in the group.