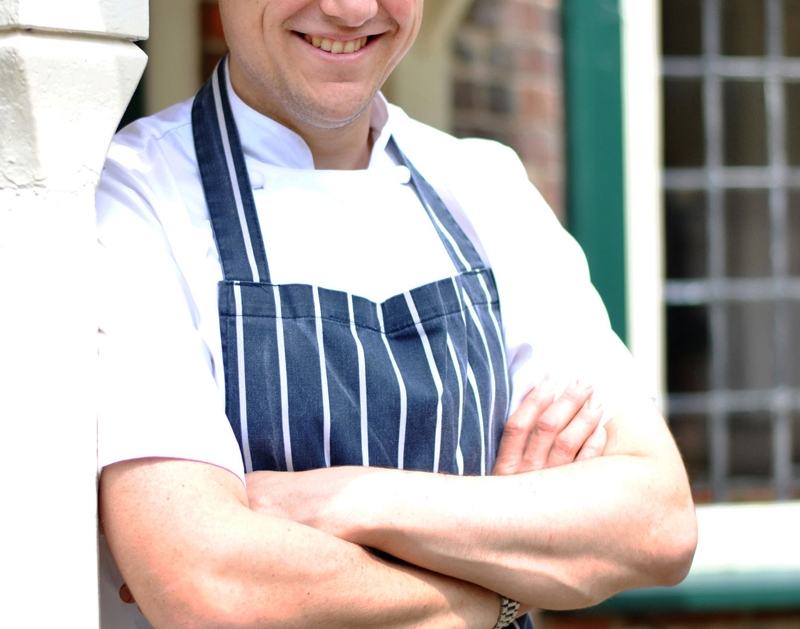 Hampshire has become well-known for its outstanding pubs and restaurants serving creative menus made from locally sourced produce. It is the hard working and talented chefs hidden away in the kitchens who make this happen.

Our new feature will take you behind the scenes of some of the county's leading pubs and restaurants to highlight Hampshire's Kitchen talent.

James Durrant is the head chef and owner of The Plough Inn in Longparish. He begun his career in 1997 in his hometown of Chester. Three years later he had moved to London to work at the 3 star Michelin restaurant, Gordon Ramsay in Chelsea.

He trained under the watchful eye of Gordon Ramsay working up to senior sous chef at the highly acclaimed Gordon Ramsay at Claridges Restaurant. He then went on to the position of head chef at the award-winning Maze in Mayfair before being promoted to executive chef.

After 16 years working in Michelin starred restaurants he decided to use his experience and creativity to follow his dream of owning his own pub or restaurant. He now owns Durrant Restaurants Limited and took over The Plough Inn in March 2012.

Just sixth months after opening the pub was presented UK Pub of the Year Award by the Good Food Guide. The pub has also been included in the 2014 Michelin Guide and awarded a BIB Gourmand rating for the second year running.