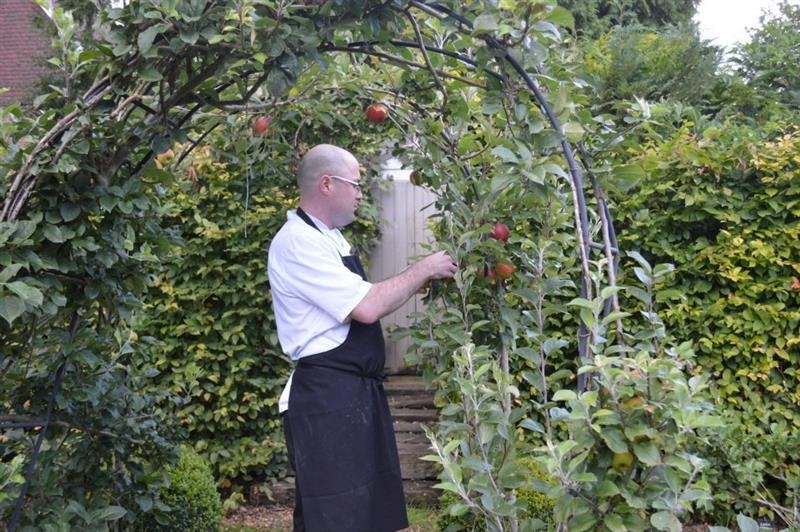 Fran Joyce can be found creating delicious dishes in the kitchens of The Thomas Lord pub, owned by the thriving Upham Group.

Originally from North Devon Fran Joyce started his catering career over 10 years ago working his way up through the ranks in a predominantly fine dining collection of restaurants including the prestigious Royal Crescent in Bath and in his first head chefs position at the Orangery in Gloucestershire.

Fran moved to the Thomas Lord in June 2012 with fantastic vision and enthusiasm to turn this pub into one of Hampshire’s most desired eateries: “I intently saw the massive potential The Thomas Lord could have; it’s a beautiful pub with great character and charm…. I wanted to see the pub come back to life and give customers a choice of offerings with great value."

As well as achieving some outstanding accolades within months of being in the business, Fran has worked hard to build a fantastic relationship with local suppliers as well as rejuvenating the pubs own kitchen garden: “ I feel extremely lucky to have some of the best suppliers in the country right on our doorstep…. It’s so refreshing working with small family producers that are passionate about their produce and allow me to create around their seasonal products.”

Since 2012 the Thomas lord has received 2 AA Rosettes, had a full write up in The Good Food Guide and is also due to take a highlighted feature in this year’s Michelin Guide.

Fran brings with him to the pub not only a wealth of experience and personal passion to succeed but also a wonderful want to provide a real unique dining experience within an informal pub atmosphere: “I am personally influenced by modern British cuisine and would best describe my food and menu style as true to local and British classics with refined presentation….. I want to exceed expectations, whether its people just coming in for a drink and bar snack, walkers lunch or special occasion meal, everyone deserves to be surprised by what a pub can offer."

Some of the local producers regularly supplying The Thomas Lord pub include:
Loosehanger cheeses- a passionate family run business led by Gwyn and Ness Williams on their Home Farm, on the Wiltshire/Hampshire border. All their cheeses are made using milk from pure Ayrshire cow's milk, sourced from the award-winning Ody family at Upper Wootton, Basingstoke. Loosehanger have themselves triumphed with several awards for their homemade produce including "Best Blue" at the British Cheese Awards for their Old Sarum Blue which can always be found on the pub’s cheese board.

Durleighmarsh Farm Shop- this is a family run farm shop and P-Y-O on the outskirts of Petersfield. They grow a huge range of P-Y-O crops including strawberries, raspberries, blueberries, currants, plums, pumpkin, squash and lots more! The pub’s chefs enjoy picking only the best seasonal produce as soon as it's available.

Hyden Farm- Hyden Farm Originals is a small family run farm, proudly producing award winning, traditional meat and poultry. They specialise in producing a product not easily found elsewhere, like poultry reared to 16-18 weeks, totally free range. Hyden Farm is near Fareham in Hampshire and is one of the pub’s favourite suppliers due to their consistent quality and flavour in produce.

R Owtons Butchers- is a 400 year old family run business, led by Rob and Gill at Chalcroft Farm near Southampton. As well as their own hand reared and free range produce they also provide exceptional meat from other independent Hampshire farms including the Beaulieu Estate in the New Forest and Hursley Estate near Winchester.