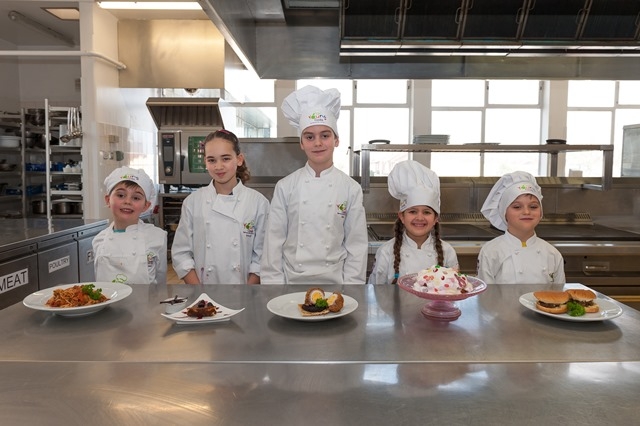 This inaugural ‘Young Cooks’ competition was open to all children aged 12 and under and had been organised by Owton’s Traditional Family Butchers in partnership with Fuller’s Family Restaurants with the intention of inspiring a passion for cooking among younger children.

John Harding of Owton’s, explained: “The competition wasn’t too formal as we wanted to encourage younger children to cook by showing how much fun it can be. All the children dived in. I particularly remember one youngster had to have an impromptu step created so that he was able to stir his sauce.”

Prizes included a first prize of £75 to the winner and £400 to the winner’s school along with vouchers worth £200 from Fuller’s and a Pudding Master Class. The children’s recipes will be promoted on Owton’s website, www.owtons.com, and all finalists will be invited to be ambassadors for future competitions.

Gillian Owton said "Children need to be encouraged to be creative in the kitchen at home and we felt this was a great way to champion their efforts."

Paul Dickinson, Head of Food, Fuller’s, commented, "I have boys of my own who love to cook so I am always keen to be involved with events that encourage children to be adventurous with food."

Tracy Nash, Commercial Manager, Hampshire Fare, who helped to promote the event, added: “Inspiring the young is key; getting children involved in the enjoyment of creating and cooking at such a young age is important and it was lovely to see such small people so into cooking. It can lead onto issues such as provenance later.

“I thought it was very smart to produce a gluten-free cheesecake and the judges’ decision must have been difficult, but the quality, presentation and taste of the winning dish, the Scotch egg, was amazing.

“It was good to see the parents involved, but we would really like to see more schools engage with cookery competitions, like this one. I say the more the merrier!”