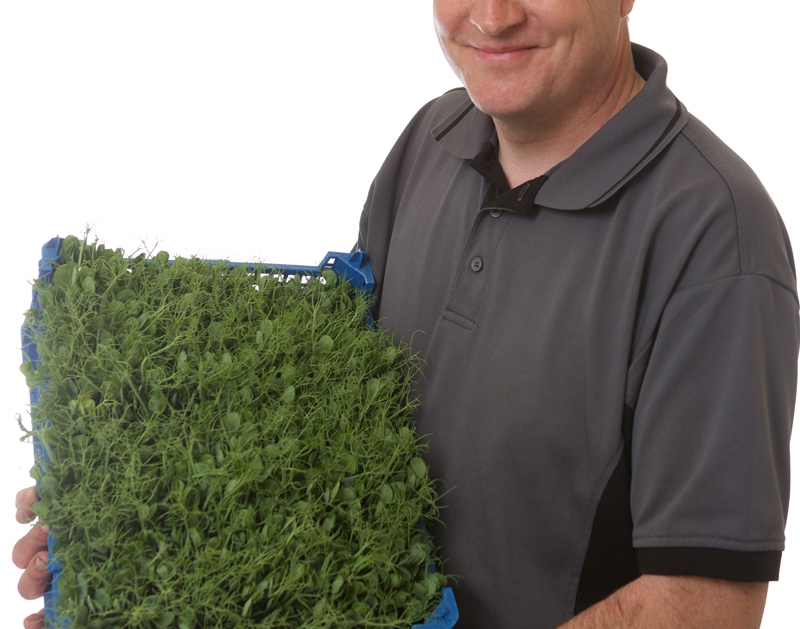 Darren Venables is the Head Gardener at the exclusive New Forest hotel, Chewton Glen. Darren's interest in horticulture began at the age of sixteen when he attended Sparsholt College to study an Introductory Horticulture course. He then progressed to a National Certificate in Greenkeeping and Sports Turf Management.

Darren completed his studies when he turned eighteen and moved on to be an apprentice gardener at Chewton Glen. Darren remembers his first impression of the hotel: 'I can remember first driving through the main gates of the hotel and seeing all the striped lawns and thinking this is the place for me. The attention to detail in everything blew me away. It was certainly the best start to my working life I could have had'.

He continued to study in the evening at Sparsholt College on management courses before deciding to return to full-time studies to specialise in Decorative Horticulture. In 1992 he returned to Chewton Glen as a fully qualified gardener, and in October 1997 he was promoted to Head Gardener which he describes as his dream job.

The hotel first introduced a kitchen garden about ten years ago. They began with hardy herbs such as rosemary, bay, thyme, chives and mint and grew them in large enough quantities to supply the hotel's kitchen.

When the Tree Houses were built at the hotel it provided the opportunity to develop the existing kitchen garden into a plant production nursery and build a new walled kitchen garden. For the first year Darren and his team experimented and grew as many different crops as they could. They wanted to find out what would and wouldn't work and discover what the chef could use.

Darren now works very closely with the hotel's Executive Chef, Luke Matthews. They have established a number of crops which he uses a lot of and they are able to grow well. Every few months they meet to talk about what is growing well and what they intend to grow so Luke can tailor his menu around the crops.

Darren explains how it works, 'The system works well and the key is about honesty and communication between myself and Luke, I see Luke as my customer, and I am his supplier. Luke tells me exactly at what point he wants the produce, for instance he does not want large tough turnips so we pick them when they are very small but very sweet and full of flavour. We pick crops for Luke three times a week and we always make sure there are some crops available for him, even in December, January and February we are harvesting black Nero di Toscana and curly kale, as well as cabbages and turnips.'

'I also act as a supplier to Jennifer Williams who owns a company called Naked Jam. Jennifer forages the grounds of the hotel daily and then uses the produce she finds to make bespoke jams, jellies and chutneys for the hotel. We use Jennifer's jams in the Tree House breakfast hampers as well as selling them in the hotel boutique. Quite a lot of my new planting around the hotel is now geared around Jennifer, for instance we have recently planted hundreds of dog roses in our hedgerows for the rosehips and blackthorns for the sloes as well as elderflowers, soft fruits and edible flowers.'

There are also bee hives in the grounds of the hotel which are looked after by Rob Oliver who owns a company called Bee Line. Darren works closely with Rob to ensure the bees have a good nectar source. The bees play a big part in decisions around what is planted in the hotel grounds.

Darren's long term goal at Chewton Glen is to continue to expand the produce that is grown for the hotel, as well as to continue to create new and beautiful areas around the grounds for people to enjoy during their time at the hotel.

Read our new Grow Your Own feature with Darren Venables at the link below.