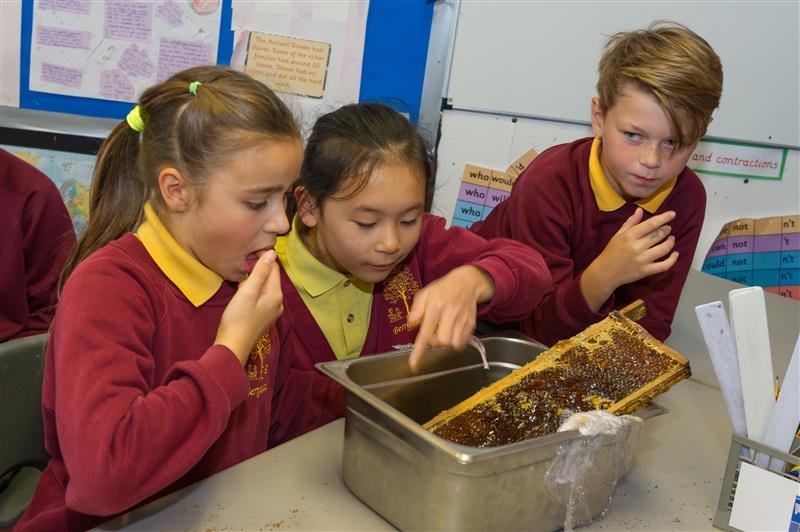 Hampshire Fare has been awarded joint second place in the national Love British Food Awards 2017, run in conjunction with the Co-op and The Telegraph, in recognition of projects encouraging the next generation to eat locally and healthily.

The competition, now in its fifth year, is part of British Food Fortnight, and acknowledges the people and organisations behind the most imaginative and inclusive celebrations of local food across the country.

Tracy Nash, Commercial Manager, said: “At Hampshire Fare we are in a unique position, as we are well placed to introduce the county’s food and drink heritage to the next generation and educate them about the health and taste benefits of eating locally and seasonally. We see it as an important part of our role to show children where their food comes from, as we have found that if we show children the source of their food, they are much happier to try it.”

Hampshire Fare’s success was featured in The Sunday Telegraph (26 November 2017), where Tracy Nash explained some of the group’s initiatives undertaken during British Food Fortnight. “We invited local fishmongers to schools to teach pupils how to fillet a whole fish. At first, we had one of the schoolgirls wincing at the sight of the raw fish and running out of the classroom, but by the end of the session she herself was having a go at filleting a fish.”

On another occasion, primary school pupils were taken to a watercress farm near Alresford to find out about this crop’s nutritional value, spending time standing in the water among the watercress in their wellies before enjoying watercress smoothies.

As part of this approach, Hampshire Fare worked closely with Hampshire County Council Catering Services (HC3S), to plan and create a British menu rolled out to 440 schools across the county with the intention of leaving a legacy for schools to follow every year.

Secretary of State for Environment and Rural Affairs Michael Gove said: “The wide range of ambitious applications for this year’s British Food Fortnight competition is testament to the nationwide pride in our homegrown food.”