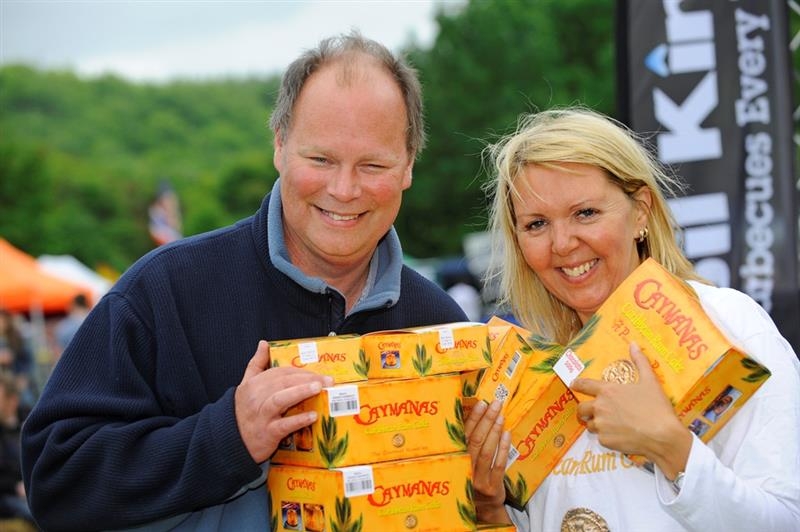 Here’s a new take on a perfect summer pudding… Caymanas Rum Cake warmed and served with ice cream. It’s a great way to finish off your summer picnic, barbecue or alfresco dinner, and tastes especially good after drinking a fruity Pimm’s or, of course, rum punch.

These mellow, light and moist rum cakes may sound exotic, but they’re made right here in Hampshire from an authentic family recipe. Jonathan McCulloch was raised in the Caribbean and enjoyed the Islands’ cuisine, but when he returned to the UK he was disappointed to find that he couldn’t buy rum cakes unless he shipped them from the Caribbean – a very expensive exercise.

So when his career in IT was affected by the economic downturn, he changed tack, found his grandmother’s rum cake recipe and started baking. The result is a range of cakes available in four flavours, Golden Mellow, Chocolate, Ginger and Toffee, and a selection of sizes.

Alongside the cakes they’ve also just launched a new Caymanas Rum Ice Cream, made properly with real cream and real rum, not an essence, and  available from JS Gourmet Foods in Botley and SDM Productions in Fareham. Caymanas rum cakes can be ordered at www.caymanasrumcakes.co.uk  or on 01489 885946.