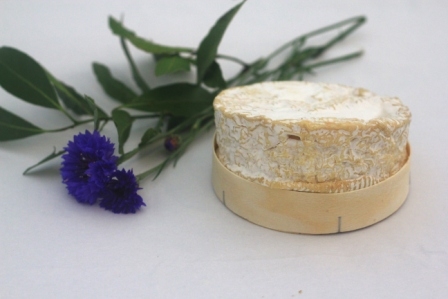 On Friday 5 September cheesemakers and experts from around the country gathered in Oxfordshire for the British Cheese Awards 2013. More than 60 judges are involved in tasting and assessing around 900 cheeses from across Britain.

The team at Hampshire Cheeses were certainly celebrating at the awards ceremony after their Tunworth Cheese was crowned Supreme Champion 2013. This isn't the first time Tunworth has been given this accolade, back in 2006 it was also awarded the title. Tunworth won the 'Best Soft White' category after being described as 'luscious on the mouth' by the competition organisers.

Hampshire Cheeses also won 'Best New Cheese' with their Winslade Cheese introduced to the market earlier this year. Stacey Hedges and Charlotte Spruce are the talented cheese makers behind Hampshire Cheeses and since setting up the business in 2006 have already received a list of impressive awards.

Hampshire Cheeses was not the only Hampshire Fare member celebrating at this year's awards. In the 22 categories, 14 medals were awarded between Lyburn Farmhouse Cheeses, Loosehanger Cheeses and Two Hoots. Congratulations to you all!

Results (all results available to view at link below)