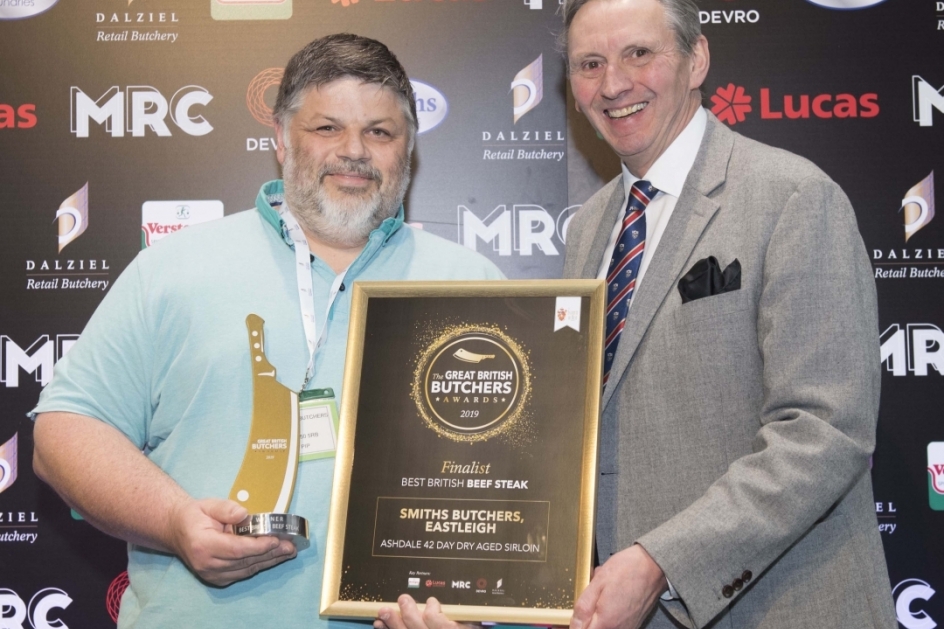 Smith’s Butchers in Eastleigh have shown they are superstars when it comes to the best British. Their beef steak scooped a prestigious Golden Cleaver Award in The Great British Butcher Awards 2019 (GBB).

Organised by The Institute of Meat and retail butchery specialist Dalziel, the competition aims to celebrate innovation and excellence of meat products in retail butchers’ shops.

Praised for its beef steak, Smith’s Butchers impressed judges with outstanding quality and taste. This is not the first time this popular butchers’ shop has been recognised with multiple wins achieved over the years at the Great Hampshire Sausage and Pie Competition organised by Hampshire Fare.

Pip Smith, commented on his success: “The whole team is delighted with our achievement. We pride ourselves on the quality of our product range so to have that quality recognised is a fantastic pat on the back and a proud moment.”

Expert judges included chefs, meat consumer fans, industry experts and food technologists. Keith Fisher, chief executive of The Institute of Meat and head judge of the Great British Butchers Awards, said: “As an organisation with the passion to drive standards in the retail butchery industry, being a winner is a great accolade and winning a ‘Best British’ title is a massive achievement.

Managed and implemented by The Institute of Meat, the awards are also supported by key partners Lucas Ingredients, MRC, Verstegen and Devro.