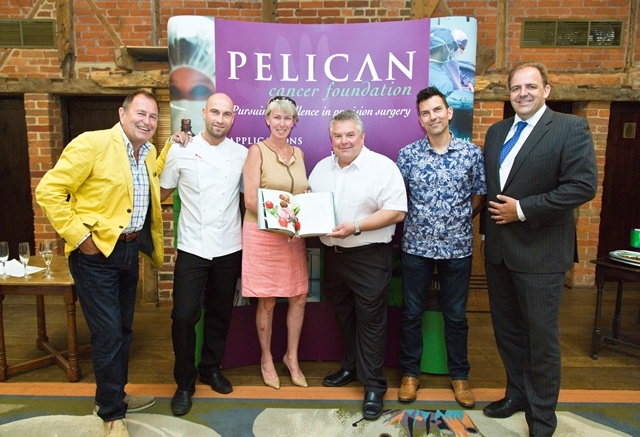 Meats, Eats, Drinks & Leaves, a new cookery book by Penny Ericson, celebrates the diversity and excellence of food and produce in Hampshire and the Isle of Wight.

Penny tells the story of how chefs of the region value the provenance of their food, what it means to support and develop local farmers and producers and how this has attracted them to Hampshire and the Isle of Wight.

Twenty-two chefs have contributed menus that feature their favoured local produce and often ways in which they themselves have taken responsibility for growing their own livestock, kitchen gardens and produce.

To accompany the beautifully photographed menus, Tanguy Martin, head sommelier of TerraVina has contributed intelligent and delightful wine matching and detailed tasting notes.Further contributions include a foreward by Chef Angela Hartnett, a feature about the evolution and success of Hampshire Fare, Peter Gentilli’s brief histories of local wine and beer.

Penny says of her book, “Meats, Eats, Drinks & Leaves is a peek over the shoulders of some remarkable chefs and tells the stories of how they interpret provenance and what using, and in many cases growing, their own food means to them. The dishes vary, some are elegantly simple, while others are simply too skilled to replicate at home. From all of them we can take inspiration and then dine at their sumptuous tables.”

Chef Angela Hartnett has contributed the foreword and says, “It takes a lot of doing to give justice to the talent and quality of so many to tell a single story let alone convince more than 20 of the UK’s top chefs to share their amazing dishes and the special relationships they have with their environment and local producers. Penny has achieved this and more. I hope it persuades readers to visit the wonderful scenery and food of Hampshire and the Isle of Wight.”

A primary purpose of the publication was to support fundraising activities for Basingstoke charity, Pelican Cancer Foundation, which drives innovation and development in bowel, prostate and liver cancer treatment through research and education.

Meats, Eats, Drinks and Leaves by Penny Ericson with photographs by Simon Firullo, and foreword by Angela Hartnett is published by Repertoire Food & Design, for £30, and available from Amazon and all major book suppliers.