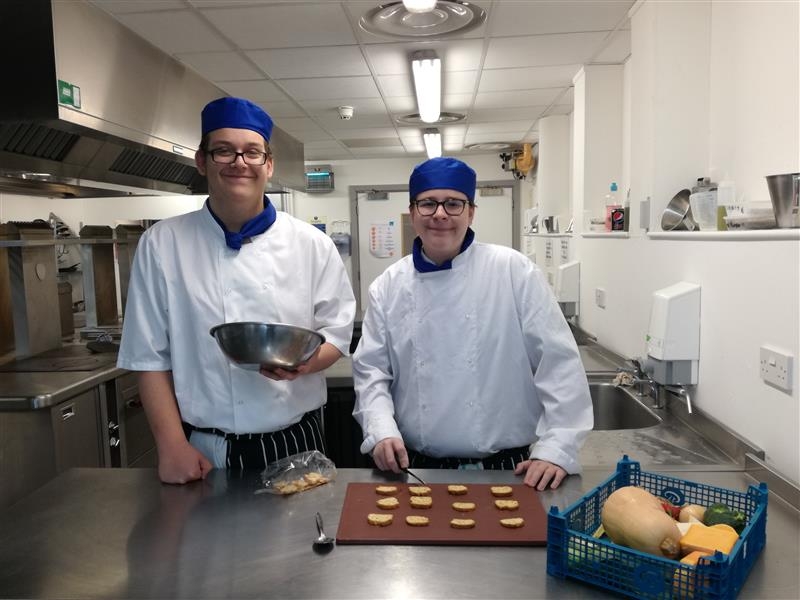 The winners of The Great British Biscotti Competition have been announced.

There was such an impressive response that two winners, Leeam Simpson and Harry Cotten, both of Highbury College, were chosen, with Rebecca Leah of Eastleigh College, receiving Highly Commended.

Harry, 16, from Hilsea who is currently in his first year of the Level 2 in Professional Cookery at Highbury College said: “I’m really happy that I have won this competition. I want to work in a restaurant when I finish my course so it is fantastic that I am already getting some recognition. I heard about the competition through the college and came up with my recipe especially.”

The two winners both received mixed boxes of Great British Biscotti and the runner-up received a gift box of sweet biscotti.

Paul Rostand of The Great British Biscotti Company commented: “Our thanks to everyone involved – to Hampshire Fare for coming up with the idea for this competition and organising it, and to the colleges and the students who created some really innovative and exciting flavour combinations. We were very impressed with the high standard of entries.”

Tracy Nash, Commercial Manager of Hampshire Fare, said: “We have been really pleased with the great response to this quirky new competition which has succeeded in inspiring the 16-plus age group. Traditionally, Hampshire Fare has had a great deal of success during British Food Fortnight engaging with primary schools, so we feel very encouraged to have had such a positive response from an older age group and we intend building on this in future.”