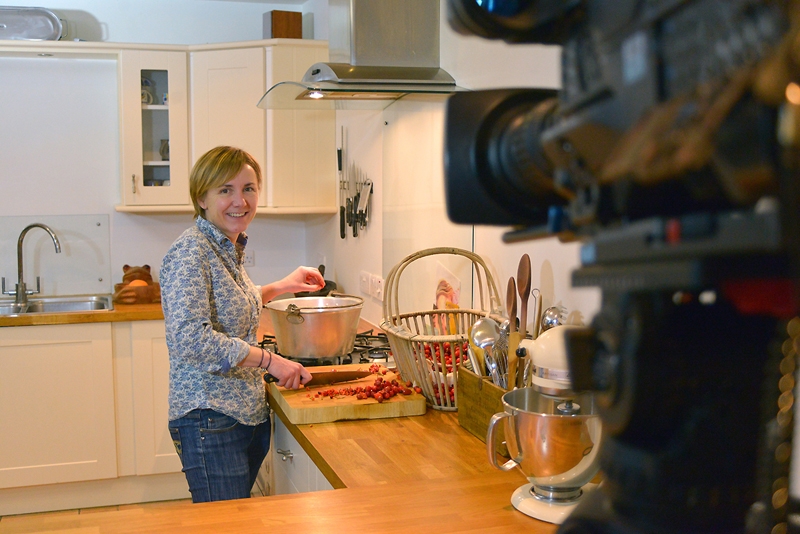 Hampshire's local food and drink scene has attracted the attention of the BBC and will be featured in a new show beginning on Monday 17th February.

The programme will showcase the variety of quality local produce available in the county. 'James Martin: Home Comforts' will feature a spectrum of producers from fish farmers to chilli growers. The celebrity chef will use these ingredients to inspire dishes he enjoys preparing at home in his own kitchen.

Antony Gay from family-run Franklyns Fish Farms near Alresford will appear on the show next week alongside his son and his grandson: 'We were delighted to be contacted by the BBC after they heard about us via the local food group, Hampshire Fare. The crew visited our farm and spent a day filming our Hampshire trout. A month or so later we were invited to James Martin's house to watch him cook some of our rainbow trout. We were lucky enough to taste the finished dish and I have to say it was the best trout I have ever tasted, really delicious.'

Other local producers starring in the show include Laverstoke Farm, The Chilli Garden, Naked Jam, Lyburn Cheese, Meadow Cottage Farm, Tatchbury Manor Farm, Yarty Cordials and Greeff's Biltong. The programme will provide a glimpse into what goes into making and growing their products followed by James Martin cooking using the ingredients to cook with in his Hampshire home.

Jennifer Williams, owner of Naked Jam, really enjoyed the experience: 'It was a privilege to be asked to be part of the new programme which champions small unique producers. James Martin is not only a fantastic chef but he is also really interested in food produced by lots of Hampshire Fare members. It made me feel really proud of our Hampshire food heritage. It was a delight to share my passion for food and food history with a chef. I look forward to seeing my jam on film!'

Yarty Cordials is owned by David and Jane, they will feature in an episode about childhood memories: 'It was a pleasure to meet James Martin. He is so professional and makes it all look so easy! He used our cordial to make a delicious alcoholic jelly.'

Tune into BBC 1 weekdays from Monday 17th February at 3.45pm to discover more about our local producers.

Image: Jennifer Williams, owner of Naked Jam, being filmed in her kitchen.