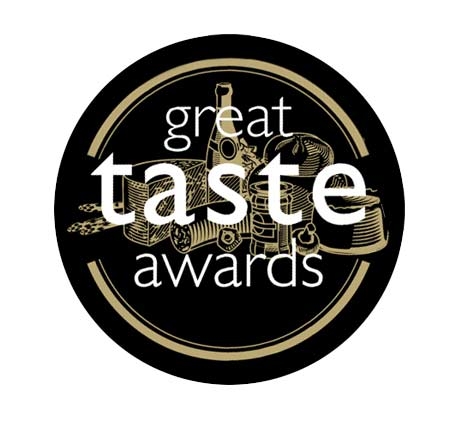 Great Taste has been discovering exceptional food and drink since 1994 with more than 100,000 products having been judged over the years. The Great Taste logo has become recognised as a stamp of quality on many of our favourite foods and drinks. This year’s awards saw Hampshire producers come away with over 70 stars giving a great boost to the county’s local food producers.

This year’s awards involved over 400 expert judges who came together for 49 judging days from March until July. The judges are made up of top chefs and restauranteurs, deli and farm shop owners, retail buyers, food writers and journalists, farmers, WI jam and cake experts and the list goes on. The judges blind-taste in teams of 3 or 4 ensuring we get a balance of expertise, age and gender.

The local food group, Hampshire Fare works closely with many of the county’s winners to support and promote their businesses. Commercial Manager, Tracy Nash, commented on this year’s success at the awards: “Hampshire has so many talented and hard-working producers injecting flavour into our county. We are so pleased that their skills have been recognised at the Great Taste Awards. Ice-cream, cheese, chocolate, coffee, sausages, bacon, charcuterie, marshmallows, gin, beer and more have all been awarded stars. The variety speaks volumes about the thriving local food scene here in Hampshire. Well done to all the winners!”

Jude’s Ice Cream came away with an impressive nine awards. Jude’s is a family-run business based near Winchester making delicious ice cream from local milk. Chow Mezger, Director, from Jude’s commented: “We were delighted with another successful year at the Great Taste Awards. We were thrilled to be granted 9 awards this summer including an award for our new flavour, Brown Butter Pecan, made with swirls of caramel and pecan pieces. We so value the accolade of the Great Taste Awards and are very pleased to now have 40 awards across our flavour range.”