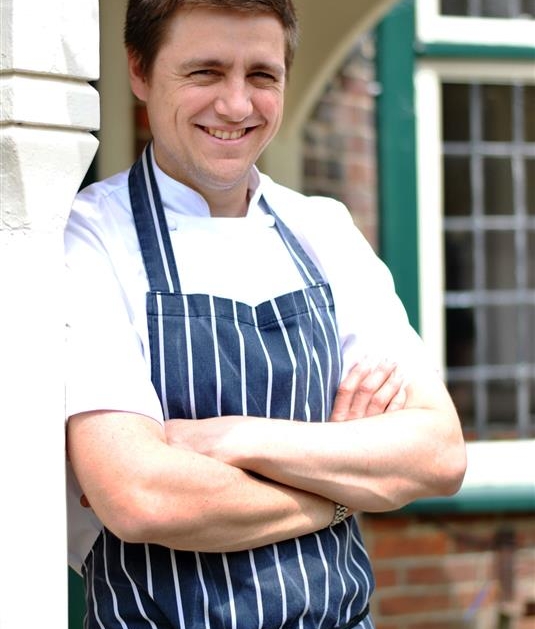 Today four of the county's top chefs will travel to London to conjour up a taste of Hampshire for an intimate private dining event.

The 'Taste of Hampshire' event is being organised by Visit Hampshire and is an opportunity to showcase some of Hampshire's enviable local produce and the inspiring culinary talent in the region.

David Wykes of Verveine will cook the fish course. Verveine is an innovative, award-winning fish restaurant with its own in house specialist fishmongers in the South of the New Forest. Chef Patron David trained in France where he worked his way up through the ranks of many Michelin Star French kitchens, including restaurant L'Univers, Les Viviers, Auberge D'Azur, Restaurant Jules Albert, and the world famous Restaurant Chantecler at the Hotel Negresco in Nice. He opened Verveine in 2010. Verveine was awarded Best Restaurant in Hampshire 2011, Best Service and Best Local Menu 2012. In 2011 and 2012 he was recognised as 'Hampshire Chef of the Year'.

James Durrant of The Plough Inn will cook the main course. James is Chef Patron at The Plough Inn, Longparish, BBC 2’s Great British Menu main course winner and fourth in the Top 50 Gastropubs in the UK. James has also been appointed as the inaugural food tourism ambassador for Visit Hampshire.

Luke Holder from Lime Wood will cook the dessert. Luke is Head Chef at Lime Wood where he shares the reins with Angela Hartnett. He has worked under some great chefs including Chris Galvin, Marco Pierre White and French chef, Annie Féolde, at three-star Enoteca Pinchiorri in Italy where he fell in love with the Italian style of cooking – simple, local, ingredient-led,  relaxed and unfussy – an ethos he has brought with him from the plains of Tuscany to the woods of the New Forest.