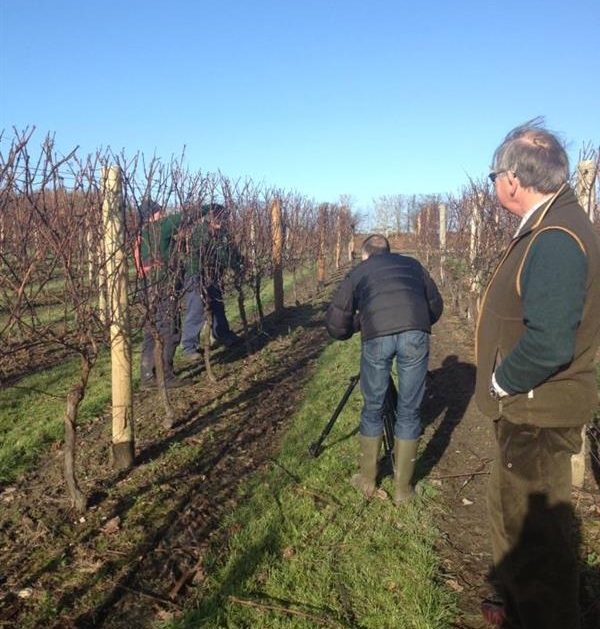 Hampshire Fare has been working with Alastair Fee, Business Correspondent for the BBC, on a piece on the rise of sparkling Hampshire wine over the past ten years. Tracy Nash, Commercial Manager, Hampshire Fare, and Alastair visited Jenkyns Place Vineyard, Bentley, and Hattingley Valley Wine, near Alresford, for the feature which will be televised on BBC South News between Christmas and New Year.

The filming shows that Hampshire is developing a strong reputation for its fizz. Vineyard plantings have more than doubled in recent years, and the county is now aiming to become a major player nationally and internationally.

It's been the best year yet for sparkling wine. At Jenkyn Place their first vines, planted 10 years ago, produced a modest 2,300 bottles. This year they're on course for 55,000 bottles and have won several awards. At Hattingley Valley Wines they have increased production from 25,000 to 300,000 bottles in four years. Demand is increasing. Hampshire is now the third most widely planted county after Sussex and Kent.