Hampshire firmly on the map as a food destination 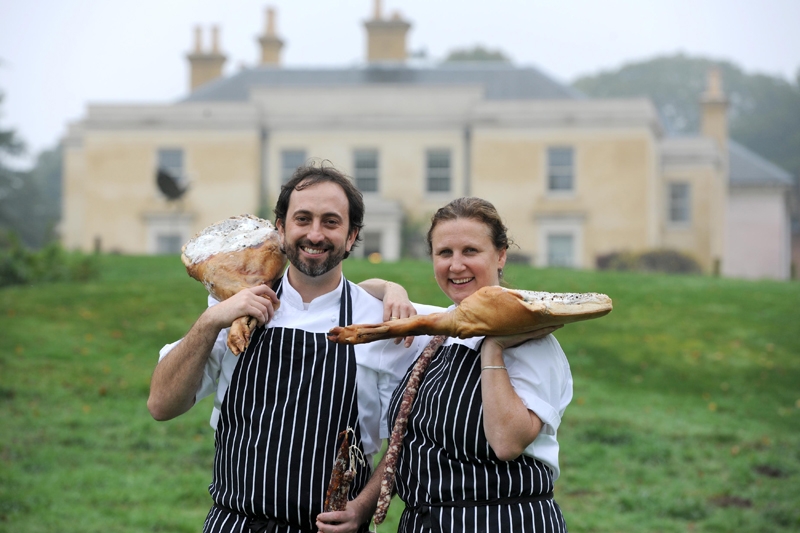 Three of the hospitality venues that we work with and support have been shortlisted in the national Food and Travel Magazine Awards 2013.

The new dining venture from Lime Wood Hotel in the New Forest, Hartnett Holder & Co has been chosen in the Restaurant of the Year, Newcomer category. The restaurant which offers locally sourced English dishes with an Italian influence has attracted a lot of attention since opening earlier this year and is the only restaurant outside London to be shortlisted in this category.

The stylish and comfortable restaurant is full of character yet unpretentious. It focuses on the provenance of food and combines the ideas and talent of chefs, Angela Hartnett and Luke Holder. Luke was delighted to discover their achievement: 'It's an honour to be in contention for such an award, to be shortlisted and being the only one outside of London alongside some other amazing restaurants, is just fantastic!'

Angela Harnett has also been shortlisted in the Chef of the Year category having worked under top chefs Gordon Ramsay, Marcus Wareing before gaining her first Michelin star in 2004.

Another New Forest gem has made the awards shortlist in the Rural Hotel of the Year Category, The Pig in Brockenhurst. Described as a restaurant with rooms this venue is famed for its walled garden and home grown food. The menu consists of food grown on the grounds, foraged or sourced within a 25 mile radius. The 26 room country house offers guests an original and relaxed setting with unforgettable food.

Set in more than 130 acres of picturesque grounds, Chewton Glen Hotel has also been selected in the Rural Hotel of the Year. With 5 AA Red Stars, 3 AA Rosettes and 8 hotel awards in just the past 2 years it is no surprise that Chewton Glen has made the shortlist. With its stunning views, excellent customer service, luxury accommodation and close proximity to the sea it ticks many boxes.

Chairman of Hampshire Fare, Michael Wright, commented on the shortlist announcement: 'We are delighted and proud that three of our member organisations have been recognised in the Food and Travel Magazine Awards. Their hard work and vision has earned them this reward and I really hope the people of Hampshire get behind them and go online to place their vote.'

Online voting is open now until the 25th August 2013 with the winners announced in September. Go to the link below to show your support for Hampshire's restaurants and hotels and vote.