Hampshire Fare on the Farm 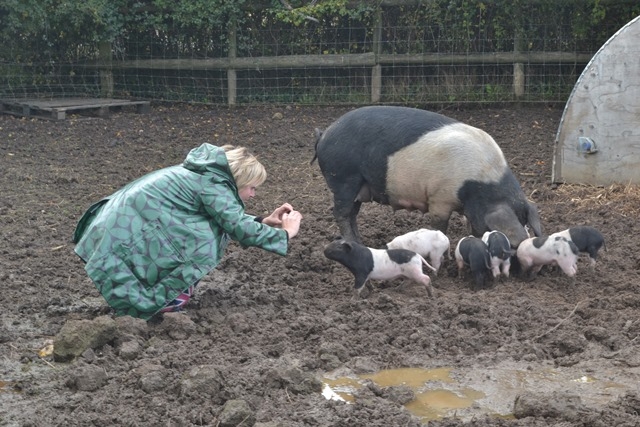 Ambrose Sausages is a family business established by husband and wife team Philip and Sue Ambrose, and based on Philip's grandfather's secret recipe. Back in the 1920s Gilbert Ambrose's sausages were renowned across the county.

Philip says: “Over the years I have tried many sausages in the hope of finding one that could match the moist, crumbly texture and meaty taste of my Grandfather’s sausage recipe. I have never found its equal. Inspired by a trip back to the village where he had his butcher's and subsequent conversations with family, friends and old customers, we were persuaded to buy some sausage-making equipment and start production of the Ambrose Sausage once again.”

However relaunching the Ambrose Sausage has relatively recently led to them setting up their own pig farm in Upham where they rear free-range pigs for a range of quality pork products, including black puddingk, bacon and the award-winning Ambrose Sausages.

Hampshire Fare were delighted when they were invited to visit the Farm, getting down and muddy with the piglets and the sows in the autumn sunshine.