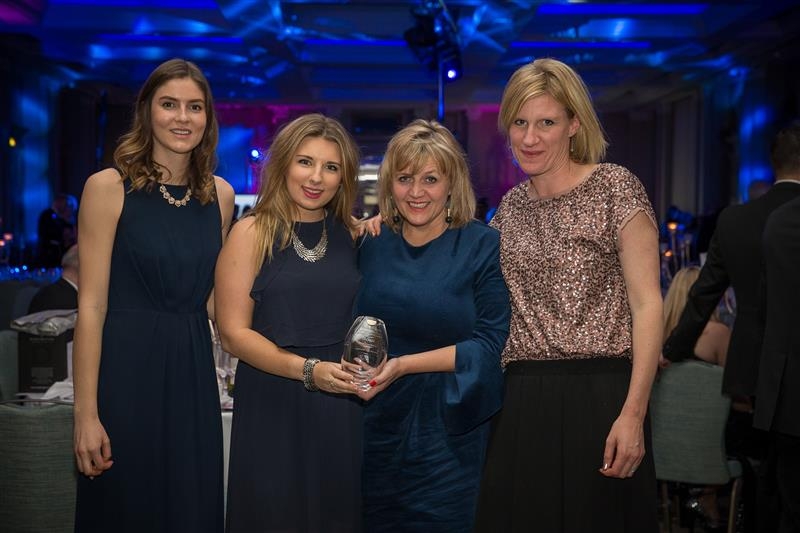 Hampshire Fare is celebrating being awarded Bronze for Tourism Event of the Year at The Beautiful South Tourism Awards.
These prestigious awards, which recognise excellence in the tourism industry, are organised by Tourism South East and were held on Wednesday, 29 November, at The Grand, Brighton, and presented by TV and radio personality Toby Anstis.
The Award was given for the Hampshire Food Festival, an extraordinarily ambitious month of countywide events held every July and encompassing more than 70 food and farming events, from tastes to tours, to appeal to everyone from serious foodies to families looking for experiences that combine education with enjoyment.
Tracy Nash, Commercial Manager, said: “We are delighted to have had our efforts to promote Hampshire as a food and drink destination through the Hampshire Food Festival rewarded. Being named as a finalist, year after year, demonstrates how successful the Festival is, and its value to Hampshire’s tourism offering.
“We love co-ordinating this inspiring Festival – which frequently provides a platform for collaborations between businesses, as well as an opportunity for businesses to raise their profiles through participation. The Festival really has a huge value to the local economy as well as residents and visitors, and we really are immensely proud to be here this evening accepting a Bronze award.
“I would like to add that we are very pleased to see so many Hampshire Fare members attending the awards as finalists and celebrating their own success.”
Hampshire Fare also accepted Silver on behalf of their member, The Little Kitchen Bistro, Headbourne Worthy, for Café of the Year.
Other Hampshire Fare members enjoying notable success included: Careys Manor Hotel & SenSpa, Brockenhurst, who took Gold for Venue and Business Tourism; Sunil Kanjanghat of The Montagu Arms, Beaulieu, also took Gold, for Customer Service Superstar Award; and Wallops Wood Cottages, Droxford, received Gold for Dog Friendly Business of the Year, while Forest Holiday Blackwood Forest, Micheldever, won Silver in the same category.
In Large Hotel of the Year category, Hampshire Fare members Lainston House, Sparsholt, won Silver and Careys Manor Hotel & SenSpa, Brockenhurst, took Bronze, while The Terrace Restaurant, Beaulieu, and Cambium, Brockenhurst, were both awarded Bronze for Restaurant of the Year, and Marwell Hotel won Bronze for Venue and Business Tourism.
Nigel Smith, Chief Executive, Tourism South East, said, “The Beautiful South Awards are the highlight of the year for the South East’s visitor economy. They are a reminder of the amazing wealth of fantastic tourism businesses and experiences South East England has to offer. This year the overall standard of entries was higher than ever making it extremely tough for the judges.
“All of the finalists can be very proud of what they have achieved through a commitment to reinvestment, training and a relentless drive to be the best. I hope their example will inspire others."