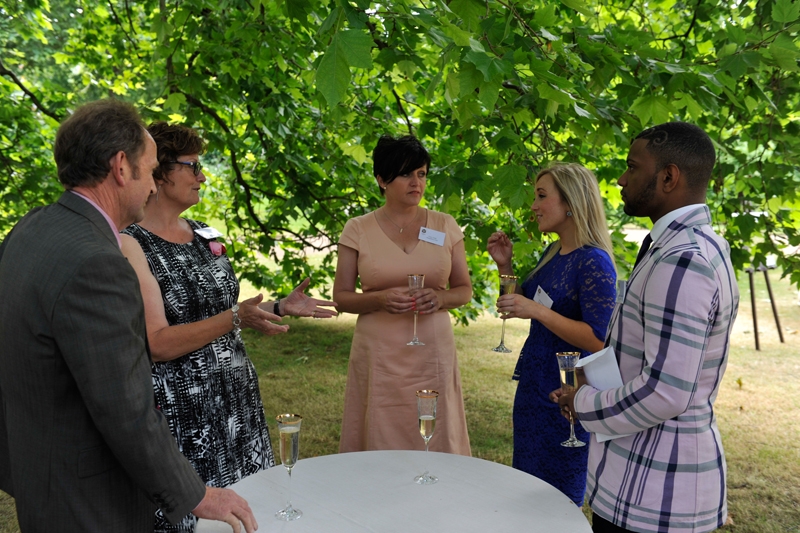 Hampshire Fare launched 'Preserving the Hampshire Hog' in 2011 to help support and save the county's pig farmers. With increasing feed prices and no European or state funding, making any money from pig farming was proving impossible for many Hampshire farmers. In fact most were losing more than £20 per pig.

With the support of the Prince's Countryside Fund, the county food group Hampshire Fare was able to train local pig farmers in charcuterie and curing to help them diversify into new product ranges. The new products would give the meat a longer shelf life and bring with it an opportunity for farmers to add value to their meat.

Almost two years on and more than six local farmers are now producing charcuterie after being taught by one of the country's leading experts, Marc-Frederic. The project has given the producers the chance to attend a range of workshops and classes teaching them techniques including p?t? making, meat curing, packaging and more.

Sarah Mills from Parsonage Farm near Andover appreciates how much she has benefited from the project: 'The project has made a massive difference to our business. It has meant that we can continue raising pigs and working with other small Hampshire pig breeders. Being able to add charcuterie to our product range makes it a viable business. The project has also put us in touch with other producers, trainers and Hampshire Fare staff which has brought with it close working relationships and an invaluable support network.'

Sarah attended the Garden Party along with Martin Martindale from Greenfield Pork Products located near Andover and Tracy Nash, Commercial Manager of Hampshire Fare. The event was attended by high profile guests including food critic, Jay Rayner, garden expert Alan Titchmarsh and pop star turned cheese maker, Blur's Alex James. Tracy, Sarah and Martin had the opportunity to talk to The Prince of Wales and guests about the project. Alex James was particularly interested as a farm owner and hopes to visit Parsonage Farm in the near future.

Tracy Nash reflected on the experience: 'It has been such an honour to be invited to attend today's event at Clarence House. We are extremely grateful to the Prince's Countryside Fund for their support of our project. In just three years they have done so much to help rural communities. Hampshire Charcuterie is already proving very popular with locals and we feel this is just the beginning of a real success story which should help secure the future of our county's pig farmers.'

For Sarah the party was a chance to talk to people about her new passion: 'So many people were really interested to hear about Hampshire Charcuterie and what we have done as a group. It was a real privilege to be there today, the gardens are beautiful. We stood under the shade of the enormous trees and sipped champagne! I am very grateful to the Prince's Countryside Fund, Marc-Frederic and Hampshire Fare for making all this possible.'

The group does not have long before it meets with more royalty with a visit from the Countess of Wessex scheduled at the New Forest and Hampshire County Show who is attending to formally launch Hampshire Charcuterie.