Hampshire Charcuterie - In the News 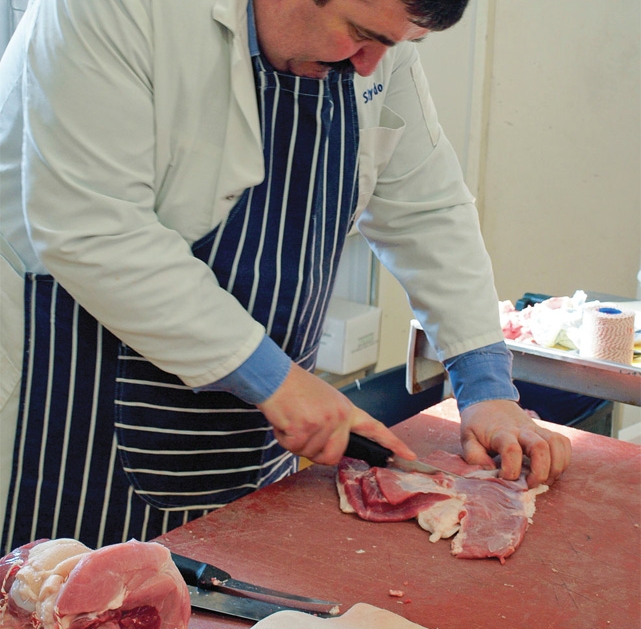 Berry - the only Briton registered with the French authorities as a boucher-charcutier-traiteur has just completed a programme of training for local farmers, organised by county council-led food group Hampshire Fare with grant aid from the Prince's Countryside Fund.

As part of the two-year Preserving the Hampshire Hog project, Berry ran sessions covering everything from salami- and chorizo-making to packaging of charcuterie products.

At the final session, in early April, delegates learned how to use pork in British and Continental pies and pastries.

Around 30 farmers have been involved in the project and a number have already launched commercial products.

New producers have been encouraged to enter Great Taste 2013, and April saw the addition of a charcuterie category to the annual Great Hampshire Sausage & Pie Competition. The winner was a ham hock terrine from Newlyns Farm Shop.

Hampshire Fare commercial manager Tracy Nash told FFD: 'The two-year funded project is coming to an end but it's only the beginning for Hampshire charcuterie.'

'As a result of the project our local pig farmers are now producing enough charcuterie for us to showcase the products at summer shows including the New Forest Show and the Romsey Show.'

Berry said that if other regions could gain funding for similar projects it could 'change the future' for pig farmers currently struggling to cover the cost of production.

'This group were ready to embrace training and advice, and we have together helped change their approach to farming.'

This article was featured in Fine Food Digest.