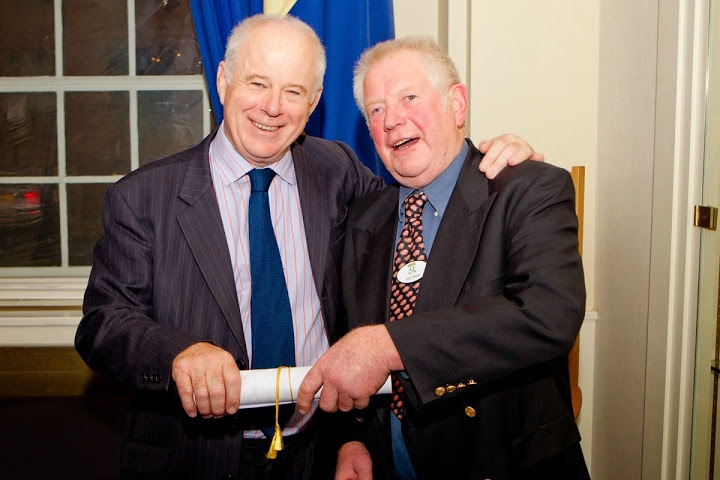 Hampshire Q Guild butchers have struck gold in the prestigious Smithfield Awards.
In the Guild’s southern region, Owton’s Chalcroft Fam Shop, based in Burnetts Lane, West End, Southampton, won five gold medals for their Lincolnshire Sausage, 30 Day Cured Green Back Bacon, 30 Day Smoked Back Bacon, Black Pudding and Game Faggots.
A total of 479 products from 54 Q butchers nationwide, were entered for the eight categories in this year’s Smithfield Awards, the annual national product evaluation competition  They were judged by independent panels of food and meat industry experts.
Awards were announced and presented at the Butchers Hall in Smithfield, London, ancestral home of the Q Guild, by Matthew Fort, food and drink editor at the Guardian for over a decade, author of several award-winning books on food, and expert judge on the popular TV series, The Great British Menu.
Mr Fort said: “I’ve admired butchers all my life; there’s something about the skill, watching butchers break up a carcass with their calm assurance, it’s like watching a magician at work, it’s like the finest theatre. The knife coming down, even sharpening the knife, the noise and the crunch when the cleaver comes down with such precision. To someone like me this is absolute magic.
“I’ve spent many hours watching butchers going about their business and every time there’s something to be learnt. I’ve never had a serious conversation with a butcher where I haven’t learnt something from that conversation.
“I think the future can be extremely positive for the Q Guild butchers; the emphasis on quality, precision and wisdom – you can’t put too high a price on that.”

Congratulations Owtons!
Back to News