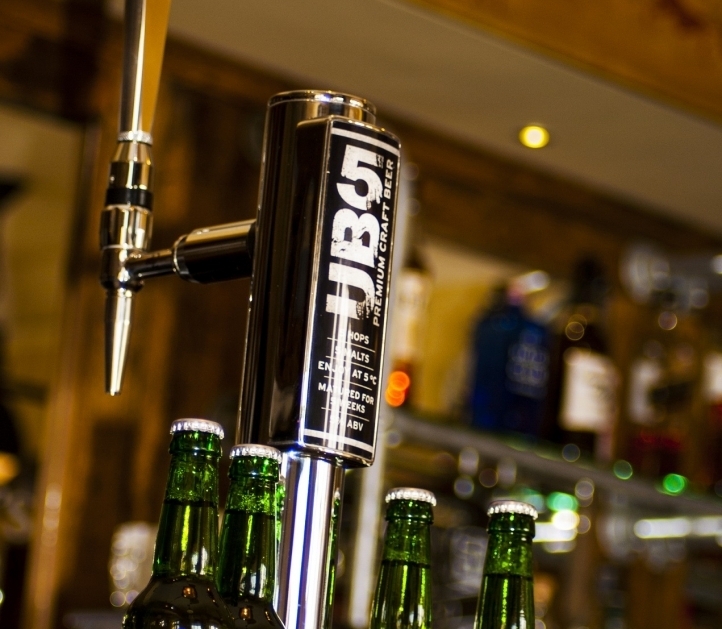 Upham Brewery’s Head Brewer, Rob Dupre, was set a challenge back in early 2017 – create something new, brew something really exciting! Throw out the text books, write a new recipe and think outside the box, quite a challenge and one which Rob has relished.

In his career, Rob has brewed over a million gallons of quality cask ale, dependable regular favourites, one off seasonal brews with a twist and he has even turned his hand to lager production.

He certainly had all the qualifications needed to set upon the mammoth task of brewing a Premium Craft Beer with a difference.

Would it be a lager or an ale, keg or cask? Carbonated or not? Serve chilled or at cask ale temperature? So many questions and so many possibilities.

So, then it came down to the key moment…let the brewing begin. And it did in earnest, firstly with the equipment and ingredient readily to hand. The result, too traditional, already been done, much like every other craft beer.

What was going to make this beer completely different? Rob went on the hunt, not only for new ingredients but new equipment. His thinking, how to merge cask beer flavour and depth of body with low carbonation and something you could enjoy chilled.

Upham Brewery’s brewery at Stakes Farm in Upham has one very unique and priceless natural resource, its own bore-hole. 60m below the South Downs, they can extract the clean, clear, chalk-purified water and Rob knew this was a key ingredient for his new beer.

Creating numerous tasting samples during the Spring of 2017 - the process was like watching a head chef perfect a new signature dish- and finally in May, Rob proudly presented his masterpiece.

Many sampled the new brew, all with the same resounding response – fantastic, how have you created this? Male, female, twenty or sixty, lager drinker or cask ale drinker, all appreciated this new, exciting beer, a rare sight to behold.

Now, what to call this new beer - there was one common theme, the number 5! The recipe requires five hops, five malts, it takes five weeks to mature, is five percent ABV and is best served at five degrees.

UB5 is now available to buy at selected Tesco stores across Hampshire and in a number of pubs.