Great Hampshire Sausage and Pie Competition - The Results are In! 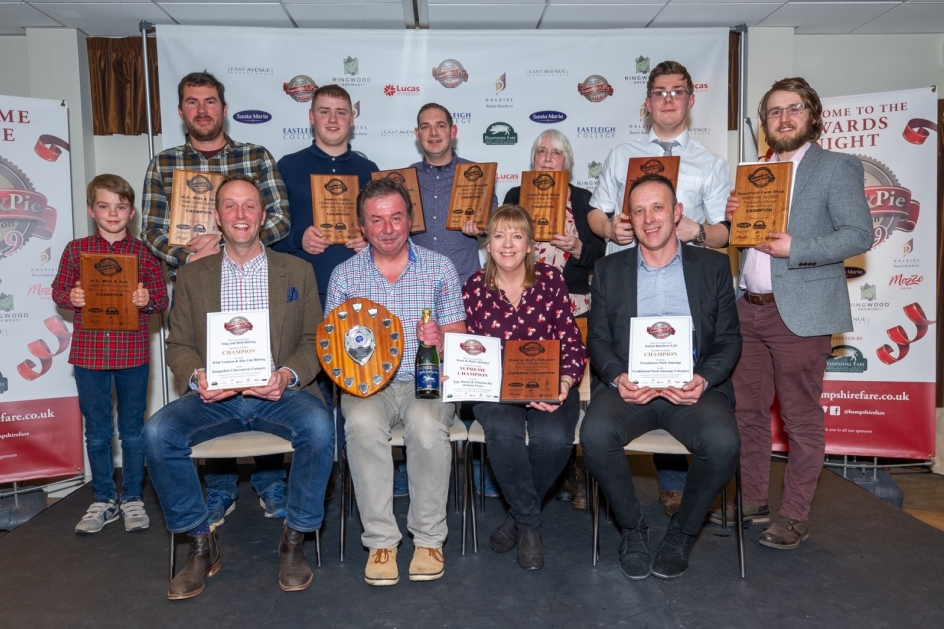 Local butchers and producers gathered at the Holiday Inn near Winchester on Wednesday 20th February for the much-anticipated results of the Great Hampshire Sausage and Pie Competition 2019, organised by Hampshire Fare.

Judging took place earlier in February at Eastleigh College with the assistance of staff and students from the college’s hospitality and catering department. Tracy Nash, Commercial Manager of Hampshire Fare commented: “This competition is key in highlighting the talent and dedication of the hardworking butchers and producers in Hampshire. It is an opportunity for us to put local butchers centre stage and appreciate their skill and knowledge. I urge everyone to make it their mission to visit at least one of these award-winning butchers and try some of these excellent products.”

Before the winners were announced, guests tucked into sausages and mash to fit with the theme of the evening! The awards were then announced and presented by representatives from Hampshire Fare and Paris Smith alongside the competition sponsors: Dalziel, Lucas Ingredients, Eastleigh College, Mozzo, Santa Maria and Ringwood Brewery.

The winners across all 12 categories were announced first and invited to the stage by Peter Taylor from Paris Smith LLP to receive their trophy from competition sponsors.

Innovative Product, selected from all the entries.
Uptons of Bassett
Top and Tail Pie made with Ox Cheek and Ox Tail.

From these category winners just one product was singled-out by the judges as the very best entry across the whole competition.

The Supreme Champion 2019 was presented by MasterChef Winner 2016, Jane Devonshire to Mum and Dad’s Kitchen from Southsea for their Egg, Bacon and Chorizo gluten free pie.

Owned by husband and wife team, Jane and Dave Endean, they began by baking cakes before creating their award-winning gluten free pastry which one of the judges described as possibly the best they had ever tasted.

Dave Endean commented on their success:  “We are so surprised by the win! It is just brilliant! We are really proud that our gluten free pastry has ranked so highly against standard pastry, it proves that opting for gluten free doesn't have to be a compromise." 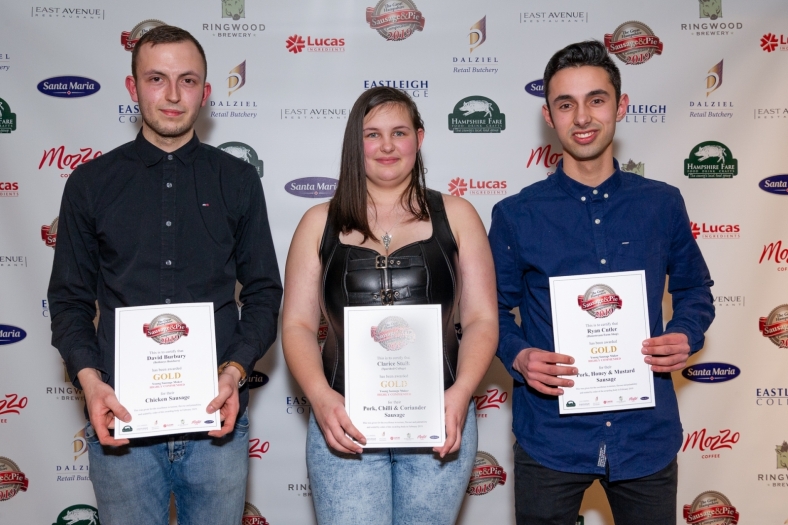 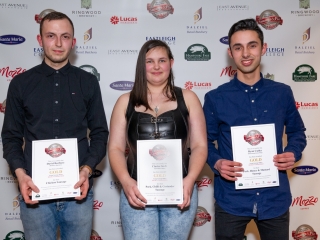 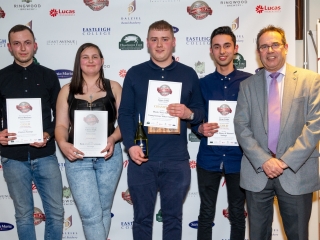 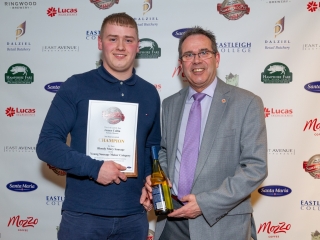 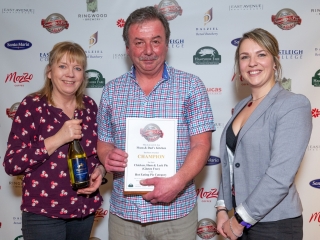 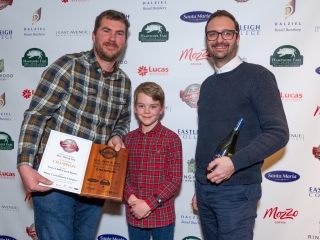 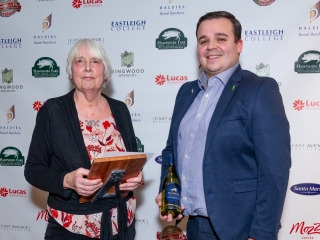 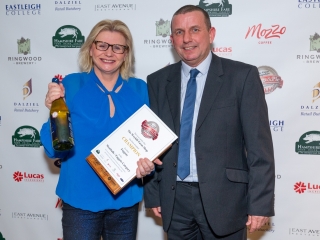 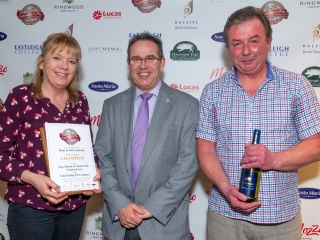 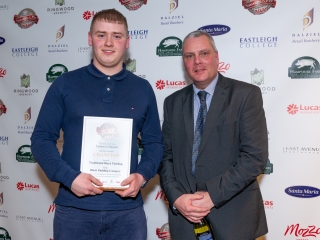 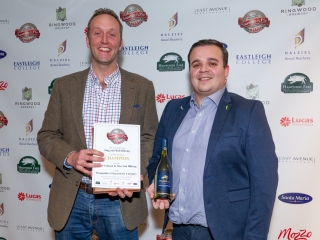 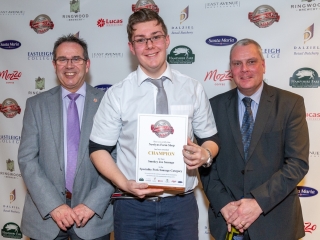 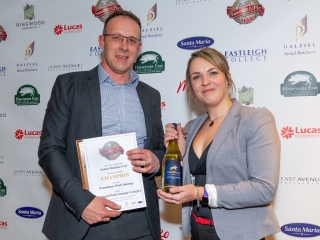 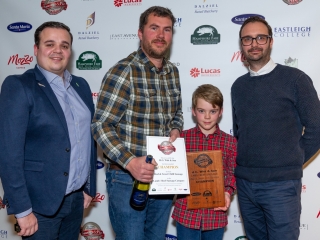 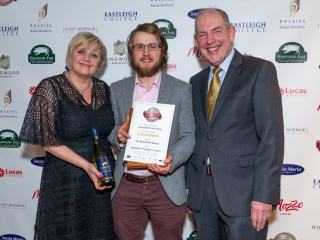 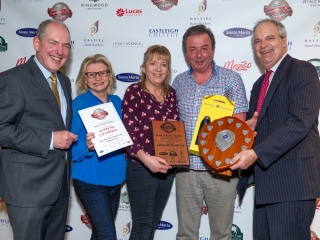 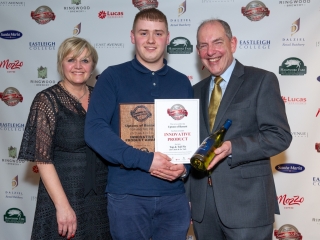 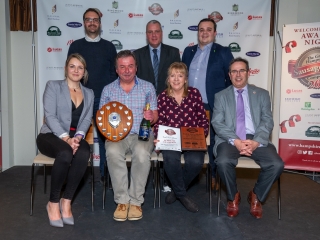 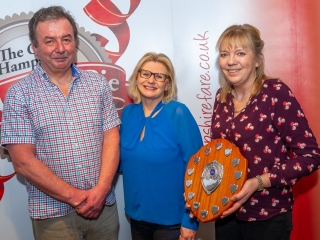